Gaming Is yokai watch 2 good for a pokemon fan

I like the main pokemon games but the side games have much more stuff to do. Does yokai watch 2 atleast have a fun story and post game

Long time Pokemon fan and all and personally, the entire series is terrible for me. The whole premise of it seems stupid and there aren't really any deep system mechanics to bother with... You only get basic stuff and many of the events in the game can be tiresome (like get from A to B, but the character either moves too slow or the distance is too long with too much going back and forth at some points). Don't take my word for it though, you might like it. If you liked the originals, the 2 and 3 are pretty much the same...

First one is better, as they don't drag out events like the second one (badly paced, imagine in Pokemon that you had to sit through a 5 minute subway ride to get to your next battle...).
T

astrangeone said:
First one is better, as they don't drag out events like the second one (badly paced, imagine in Pokemon that you had to sit through a 5 minute subway ride to get to your next battle...).
Click to expand... 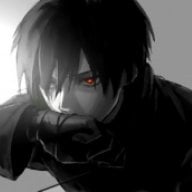 I just LOVE Yokai Watch!
I used to hate it because Pokémon is my passion, but once I played the first YW game, I got hooked.
I wanted to watch the first movie, but when I saw that the movie was about the events of the second game, I rushed to end the first game, and jumped into the second one.
Just 20hours on the first game
79h on the second + 91h on Psychic Specters.
I suggest that you give it a chance, I really like the graphics of Yokai Watch.
Or go play Mystery Dungeon haha

Level-5 knows how to make good games.
Fantasy Life is my top 3 played game, I'm even considering playing Inazuma Eleven even though I don't even like it, just because it's from Level-5.

Besides, playing YW made me a little more open minded about monster collecting games. I really like Pokémon, YW has its flaws, but there's so much one can learn from another.

If you decide to play the second game, you won't miss much from the story, I guess you'll be fine if you just watch the opening video from the first game on youtube.
Last edited by MaiconErick, Jan 15, 2018

You may not like the combat, though.
I didn't like it at first but I got used to it.
D

yokai watch 2 has more better than previous ones.though it is not same as pokemon.

Nintendo 3DS Monday at 11:22 AM
AliceWalsh