Hacking Question Is it possible to re-create a Nintendo Switch NAND by knowing only its Biskeys ? 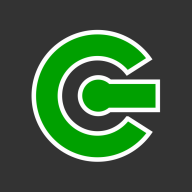 Hi guys, as the title says, Is it possible to re-create a Nintendo Switch NAND by knowing only its Biskeys ?

Assume that someone has lost the backup nand and the nand itself is corrupted or have flashed a wrong nand to their console without making nand backup earlier.

I know a guide to rebuild a nand from https://switch.homebrew.guide/usingcfw/manualchoiupgrade

but it says, we need to open the backup nand from the console with biskey, but that is not applicable for nand that came from a different console. So is there a way to revive it?

You need at least PRODINFO which is console unique.

Restore a Deleted Save Game file on Nintendo Switch?

M
Homebrew Question Some problems on my switch