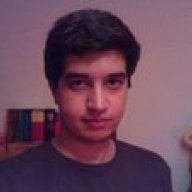 Hi everybody
I have a wii with cyclowiz, homebrew channel installed and the 4.0 update; i've never installed any cIOS or anything like that because,honestly, i didn't need it. So that's why i update my wii to 4.0 in the first day.But then, the usb loaders appeared and i was really curious because it's great way to test games without using dvd's and the wii laser.
Enough of chitchat, i will get to the point: i know that it isn't possible to install cIOS with the 4.0 update, but i would like to know if there is anyway to downgrade/bypass this since i have my wii chiped and the homebrew channel installed.

Hacking updating from 4.2E to 4.3E with soft modded wii

Nintendo Wii Today at 9:13 AM
XFlak

@ x65943: if you click the bit to take you to the community page it links to steam as well A moment ago
Chat 1