== About ==
The HomebrewFilter is an drop-in replacement for the
Homebrew Channel - it allows Homebrew applications to
be loaded and sorted, among other more outstanding
opportunities.

Compared to the Homebrew Channel, the HomebrewFilter
features the following additional functionality (vWii version has some less):
=== Installation ===
Run the Installer from any Loader (HBC, whatever). Requirements: HW_AHBPROT access or IOS236.

For the standalone Version install the Forwarder using a WAD Manager and place the app-folder in SD/USB:/apps/

=== Flavours ===
Starting with rev42 the HBF comes in 4 flavours:
All versions are updatable via online-update. Don't change paths - will result in non-working updates/forwarders.

Have you actually checked the wiiload feature? In my recompilations of rev. 35, it seemed to be broken.
I also couldn't find the code that allowed to pass command line parameters to a homebrew that way. Maybe it's just me...

I am sure postloader contains all you need to solve issues with that.

Another thing I had was that the installer wasn't installing it under the THBF channel id.
That id is checked to see if the STUBHAXX can be patched.
Applications didn't return to the hbf with the exit(); function if the channel id was wrong.

So I extracted the WAD from a previous install with the correct channel id, and used those files to fix it.

Have you actually checked the wiiload feature? In my recompilations of rev. 35, it seemed to be broken.
I also couldn't find the code that allowed to pass command line parameters to a homebrew that way. Maybe it's just me...

I am sure postloader contains all you need to solve issues with that.

Another thing I had was that the installer wasn't installing it under the THBF channel id.
That id is checked to see if the STUBHAXX can be patched.
Applications didn't return to the hbf with the exit(); function if the channel id was wrong.

So I extracted the WAD from a previous install with the correct channel id, and used those files to fix it.
Click to expand...

I haven't tested wiiload - never used it, but I'll check it.

Hmm... I don't see why there should be anything else than THBF. That ID has it been installed then?

// Edit: I found the issue why wiiload didn't work anymore.
Use the built-in update function to update to 'Beta' (= rev38 Beta) - wiiload will work again.
O

In my hbfinstaller/wad folder, I have files like 0001000148424631.tik same name with tmd extension and with cert and trailer extension.
If I convert this channel id, it gives me HBF1 instead of THBF.
Maybe you started to work from another source package?

I started to work on it to make it neek2o compatible.
It would be great if you would be willing to add the changes for that to the main source tree.
They shouldn't interfear with the way it works on real nand. It's not a huge work either.

You should use the GIT repository - as it contains the latest version, eg:

which is THBF. So it should be fine. Though in rare cases it does not work (randomly).


Ah well, as long as it does not break anything I'll accept it.
... I guess you want it to boot into Neek? If so make sure you'll place the option into prompt_loader
O

I just want it to work into neek as it works on real nand.

What do you mean with.. in rare cases it does not work (randomly)

Another issue I noticed is that it's location in memory is the same as a lot of other homebrew forwarders.
Probably, due to that, launching those forwarders from the hbf isn't working.

The mod's for neek simply give it usb access again under uneek2o, and sd access under sneek2o.
It uses a library I wrote: uneek_usb_fs. It's basically a wrapper for the low level fat functions, redirecting them to isfs when they run in neek environment.

Something that still isn't working is the STUBHAXX routine under neek. I am working on that part now.

I mean that returning to the HBF is randomly not working. Launching works fine for everything except old Waninkoko cIOS installers.

Ah, OK. Now I got it. I guess HBC will never work in NEEK - [ironic]it's obvisouly a piracy thing[/ironic].

I don't know what's up with them. I mean they are so much against piracy and apps that *could* be used for piracy I wonder why they
allow emulators - as if emulators *could* not be used for piracy. Not to mention the HBC *does* allow to start those evil apps.

They did a great job for the scene but that does not make sense. Either way... we have two OpenSource loaders to fill the gap.
O

They don't release sources because nintendo might be able to fix the exploits with it.
I still don't get what possible exploit the hbc is using. It's installer, ok, I can understand.
I agree, it's not like everyone who uses an emulator has all the roms for that emulator. so, getting a nes rom from the net is basically pirating 2.
Since no one is losing a lot of money due to that, it's more tolerated.
Besides that, I don't think Nintendo needs the code to find the exploits. They probably know their system well enough to find them without it.

When returning to HBF is randomly not working, is that always with the same applications, or are their applications that sometimes work and sometimes don't?

Just random. (my IOS58 caused some issues other Wii's IOS58 didn't - so I fixed them up. This might be somehow related)
[I should note that I used NAND-Formatter + DOP-MII to setup my Wii - might also be caused by weird permissions]

And given that Nintendo sells VC games they do loose money when emulators are used for piracy.

Ah... if installation fails with ret -1035, then first uninstall HBF and then re-install. That is because the THBF-Channel now has the same version number than the HBF itself (previously the channel had version 512). Not all versions of IOS58 are able to downgrade a channel, so that's why it may return -1035.

I edited the revision number in the topic's title.
But maybe it's better to remove that number completely.

If you have another title idea let me know.

Yes, I'd say it's best to remove the version - as I can't edit it. just 'HomebrewFilter' is enough.

I removed it from the title.

Hmm...I like the changelist, but I cannot say I could get it to work.

Installing took some time but succeeded in the end (I'm allowed to overwrite a previous version, right?). But then, both when exiting the installer and from running it from the main channel, it hung on a black screen. 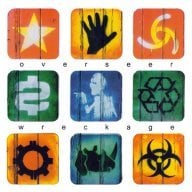 I tried this last night. Used the installer, but when it runs the screen flickers/scrolls like my TV is broken. Any ideas whats wrong?

Try changing tv to 60hz (or hdtv if supported) in wii settings.

next version will have the ability to use Wifi Gecko (logging via Wifi / LAN). if someone wants to beta-test, let me know.
(especially whether usb gecko still gets log when wifi gecko is off)

Differences between Wii/GC injectors & other questions