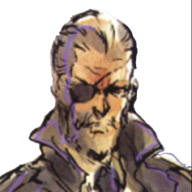 Hey there GBATemp. I've been following this amazing community since....god almost '07/08 and I had an account here but I cannot remember the login....so sadly I created a new account today.

I've searched here, and reddit specifically and googled quite a bit but I think my problem is pretty unique....it concerns a "cannot install as boot2" Wii and what I believe to be an issue with priiloader. Essentially the console's sounds are completely mute. I cannot hear a thing but this was not always the case. When I first softmodded it, it was perfectly fine. It belonged to a friend. I softmodded it, and moved out of state. A few years later I revisit them and we want to play it so we moved the console to a television downstairs and boom......thats where it began. I don't know how or why....the sound to this day (that was a couple years ago) does not work anymore. I've tried different cords, sound settings, messing with priiloader's hacks.ini, etc....I'm at a complete loss. Everything else works perfectly fine.

To go into a bit more detail: This is a later model wii (boo for my buddy lol) and thus, cannot install bootmii on boot2 so I went the priiloader route. I made a NAND backup at that time but this has since been lost. I assume the SD that was originally used is lost somewhere. I made a new backup today though I imagine it isn't as pure or good as the original from when I first softmodded it some years ago.

I went kind of crazy (oh and had him ship the console to me, I paid for it and all lol) and said "fck it, I'll just officially update" which was probably dumb but the problem persists....I honestly believe it is something to do with the priiloader setting to mute all audio....but somehow, when I attempt to set this to "disabled" it does nothing....and I cannot imagine the audio chip somehow frying or shorting out (?)....well either way, it officially updated so I simply "re-softmodded" it, starting from scratch....the only app I have is HBC, priiloader and bootmii....I've made a new NAND backup (referred to earlier) and its 4.3u. I have no damned clue whats going on with this sound issue but it seems priiloader isn't doing anything, even after a fresh softmodding....any and all help would be so damned appreciated...Thanks for all the years of service this community has offered me and others.