Sorry for yet again postponing the user chosen review. ifish, a pretty cool guy, requested I review this game since he's been on the fence about getting it with his hard-earned cash. So, I'll review one of the Wii's most popular games.

Mario Kart Wii is another game in the popular Mario Kart series. For starters, this game isn't about speed or thrills, it's about goofiness. You won't be hitting 150mph in this game with your Porsche. Instead, you'll be lucky to hit 35mph (going at regular speeds). The focus is on fun, not fantasy. So, would I call this the best in the series? Pretty much yes. However, while the series has been pretty good, it's still not saying it's the best game ever made.

Mario Kart Wii is a kart racer, so, as I mentioned before, it's relatively slow paced and emphasizes on fun more than fantasy. I doubt your fantasy is driving around in a cramped kart throwing turtle shells at another, compared to going faster than the Christocycle (that's Jesus in motorcycle form. And it can fly) in a car that costs more than you're entire life. You'll be going at relatively slow speeds, shooting an assortment of oddball weapons at each other. If you're not a fan of this type of racing, then you won't like the game. Plain and simple. You can go play NFS: Nitro (since it just got released and a lot of people seemed to like it). For kart racing fans, you'll most likely enjoy the game. A brief run through of the game is basically you have an assortment of karts and bikes (I'll get into those later), Mario characters to use (from Mario to even your own Mii), and a bunch of quirky weapons (from bananas to Bullet Bills to blue spikey shells) to dominate the race track.

Compared to its predecessors, the game is pretty unique. The most noticeable change is the Wii Wheel support, which means you'll be using your Wiimote like a steering wheel. If you hate this control scheme, then don't fear. You can also use the GC controller, Classic Controller (I think), and the Wiimote and Nunchuck combo. The Wii Wheel as the most perks out of them, while the GC/Classic/Wiimote + Nunchuck combos are roughly on par with each other. I would personally have liked all controllers to have the same advantage, but that's just me.

Some other new additions to MK: Wii are bikes and tricks. Bikes are the alternative to karts and have some advantages and disadvantages. They're generally faster, and can also do wheelies, which make you go faster but severely limit your movement (if you're wondering, you can stop a wheelie whenever you please). However, they're a lot lighter than karts (which makes them easier to bump off road and take weapons harder). Tricks, the other new addition, lets you get some extra speed after you do a trick (done by shaking the Wiimote on a Wiimote/Nunchuck or Wii Wheel setting) in midair. It's nothing major, but it's a cool addition. The controls are simple and approachable to most people. My dad, an unexperienced racer, did quite well in his first race, and within a few races was scoring 2nd place (behind me, of course). Nowadays, he's not as good as me, but he's pretty damn good and actually owns his own copy of the game. Don't ask for friend codes, you dirty perverts.

*Catches breath* Now, that was all the gameplay mechanics. Now for the actual gameplay! Mario Kart doesn't follow a narrative or anything. It's a tournament based racer, with your goal to get the best times and scores in each tournament/track. There's 8 tournaments (right?), 3 difficulties, and a Mirror Mode (which is unlocked eventually). There's also a lot of unlockable characters, karts, and bikes. The main problem I have with MK: Wii's single player is the brutal AI when you reach 150cc and Mirror Mode difficulties. Apparently Shingeru Miyabutthole thought it would be funny to make the AI not want to win the race, but to keep you from winning. I've had on plenty of occasions weapons chained perfectly against me. I'd be hit with a blue shell, then a red shell just as I recover, then followed by another random weapon. Call it "challenging" or call it "prickish AI", but it annoyed me. The main shining point of MK: Wii, however, is the online. It's probably the best, right after The Conduit (although The Conduit can be laggy). It ran for me with no lag at all with 8 players. The game sports a very cool ranking system that will keep you addicted, not to mention a great system of leaderboards, friend codes, and races in general. The only hinderance to this is the occasional cheater. I didn't experience any, since I played online a lot early in the game's life time, but according to the baboons people here at GBAtemp (that was a joke, not an insult), it has gotten quite bad. Still, it's got some awesome online play.

Visually and "audioly" wise, it looks pretty and sounds pretty but it's not anything special. My eyes didn't pop and my pants didn't get drenched in an unknown white substance like they did when I played Super Mario Galaxy, but they aren't the "shitty Wii game" some third parties throw out there. It has all the Mario-esque music and the graphics tell you its a first part Nintendo game with all the shoe shine and polish you would expect.

So, ifish, should you buy this game? I say yes. Even as a dirty pirate (I did buy this game before I even installed the HBC on my Wii, though), I would buy this game in full form. It's an essential Wii title, plain and simple (although my scores don't give it a full hearted 10/10 by any means).

Presentation: Slick menus, the expected good use of a Mario license, and a better sequel to the franchise than Double Dash!! was. 9/10

Graphics: Happy and cheery, like 99% of Mario games, with the polish you'd expect from Nintendo. No slowdown or lag and a smooth framerate 100% of the time. Nothing eye popping or ground breaking, but it definitely puts the Wii's step-up graphical engine (compared to last gen systems) to use. 8.8/10

Audio: Your standard Mario music. Lots of kabooms, explosions, grunts, howls, and moans. Nothing overly impressive, like every single Mario game, but not an earsore by any means. 8.5/10

Gameplay: The focus on "fun over fantasy" (as I've said 1,000 times before) may turn off some racing fans, but the approachability and light heartedness of the game can be attractive to hardcore and casual gamers alike. Wii Wheel is nice, but has a large learning curve. AI can get a little too brutal in later difficulties, even for pros at the game. 9/10

Lasting Appeal: Tons and tons of unlockables and goodies will keep you busy for weeks. After you're done with that (or even if you're not), the expansive and top-notch online mode will keep you coming back. The only nuisance for online gamers is cheaters, but they aren't as plentiful as made out to be. If you're looking for a game that will keep you fixated for a long, long time, look no further on the Wii. 9.8/10

edit: just finished reading your review and its great you have a future is making game guides to sell to tores

and i can stand the unresponsive wii wheel i like the classic. good review i will be definitly picking this game up soon

I always wondered if WM+ would change anything about the Wii Wheel. Although Nintendo keeps a firm schedule on releases per system: 2 Zelda games, 1 Super Mario 3-D platformer (the Wii broke this record), 1 Mario Kart, etc., so I doubt we'll find out.

I wouldn't mind reviewing professionally, although it seems most "professional" reviewers are too bound by coporate interests. Not to be some hippie "down with the coporations, man!" guy, but you ever wonder why Nintendo Power will always give a Nintendo game, even if it is shitty, a decent or high score? And sites like IGN will give some completely outrageous reviews simply because they jacked the site with advertisements or because of coporate ties. GBAtemp Magazine Staff position, please!

ifish said:
you review was excellent i wanna start reviewing but dont know how to post pictures and cnat spell well

There's an icon on the tool bar for pictures. It's just right of the green arrow with the plus one. Then just hotlink it to an image on a website.

As for spelling, can't help you there.

ifish said:
i don't think god can even help me there lol but whatever
Click to expand...

But Firefox can...! Built in spell-check!

ifish said:
yeah but i wasnt serious i cant review i say to much bullshit

QUOTE(Me!)Apparently Shingeru Miyabutthole thought it would be funny to make the AI not want to win the race, but to keep you from winning. I've had on plenty of occasions weapons chained perfectly against me. I'd be hit with a blue shell, then a red shell just as I recover, then followed by another random weapon. Call it "challenging" or call it "prickish AI", but it annoyed me.
Click to expand...

You can say bullshit, trust me.

Nice review.
This the only game I play on my Wii since I bought it. 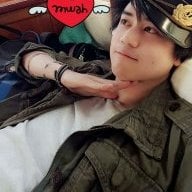 Nice review, by the way Classic Controllers and Gamecube Controllers can both do wheelies and tricks, they just been mapped to the d-pad so you need to press up or down to do a wheelie, and any direction for a trick!

yeah for the pro classic they should make it have motion

jackdanielchan said:
Nice review, by the way Classic Controllers and Gamecube Controllers can both do wheelies and tricks, they just been mapped to the d-pad so you need to press up or down to do a wheelie, and any direction for a trick!
Click to expand...

Is there any way of getting games like Mario kart wii to be able to use wii speak?

Nintendo Wii U Dec 30, 2022
itspatricioo
I
F
How can you play mario kart wii online on wii u?