With the impending release of the GTA IV DLC disks, this news was to be expected and obvious, however, it is still great to hear more details and to have it officially confirmed.

Rockstar Toronto said:
We’re proud to announce a new title update is coming to owners of the original GTA IV PC that includes all the enhancements found in Episodes from Liberty City. The title update will be available for download through Games for Windows – Live very soon, at which time I will update the forum. We will also be hosting a downloadable version on our support site. Thanks to all our fans for supporting us.

• A new, less memory-intensive, and better-looking scalable shadow solution has been implemented

• Rendering optimizations have been made to improve performance, particularly when enabling shadows

• User-configurable graphics settings have been added for shadow control

• Enhanced security to isolate users from cheaters and hackers

• Vehicle shadows re-enabled between 8pm and 6am

• The Moon has been implemented with simulated lunar phases

Yay! Thanks for the heads up 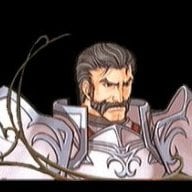 Location
far away from you

This patch decreased the performance on my machine and since it's Steam I'm dealing with I can't reinstall it without the new patch :/

I heard about ALOT of performance issues surfacing since this patch. Hope they fix it... even before, it was a cruddy running game. Stupid ports

are people still playing this game?

Oh for crud's sake. What a terrible port, the PC version. Much too CPU and GPU-intensive. Lemme tell ya, it's gonna take a lot more than a few shadow tweaks to fix this game.