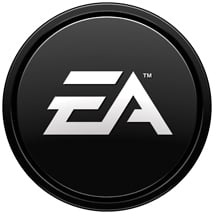 The GBAtemp coverage of E3 2012 continues with the writeup of the live presentation from EA.

EA have not long finished their live presentation for E3 2012, [/p]

The presentation opened with a montage of franchise/game names. Once that was over the promise was to allow “10 great developers to show 10 spectacular games” and for the most part that was the format they followed. Not much in the way of new announcements but some good information.

This being said they showed a live demo of the drop in drop out co-op which looked like it could work well. The lighting engine for the first section was pretty good and if used properly could be good. The demo opted for action, action and a bit more action which seems to be the order of the day for most presentations these days. A pity as dead space seemed to be one of the few more mainstream games to move closer to the survival part of the survival horror. Also interesting was there appeared to be no in game HUD other than what a character might see in ame save for some crosshairs.

Next up was sports games but those are being left for the end.

Maxis
What remains of maxis was trotted onto stage to showcase some of the new entries in the sim city franchise and it was split in two.

Sim city social
Facebook is the platform of choice here
Looked to be a web development tools based version of something between sim city 2000 and 3000 which but those games were classics. Whether it heads more towards animal crossing or the PC version of sim city also discussed in this remains to be seen.

Quote of choice
"Best city simulation you will find on facebook"

PC Sim City
Of perhaps more interest to those that are not shareholders is the new PC sim city title.
Had some nice animations when moving things and building them. Granted such things were probably seen around the time of dungeon keeper but nice to see.
The level of zoom seems to be getting further, whether one day you will have a choice between playing the sims and playing sim city (see their Fifa presentation for a possibility there) is still up for debate but it is closer than before. Also where you might not be able to do sims apparently the surrounding cities will have a pronounced effect on the game leading to a “world of sim cities”.
Perhaps most interesting the seemed to have eschewed the traditional square grid in favour of a more freeform approach and coupled with that there appears to be dynamic challenges perhaps not unlike some of the recent SSX title but it could also be the evolution of achievements into something worthwhile.

The big announcement was Battlefield 3 premium which seemed to follow the other competitors into wringing a bit more money out of their clients (or perhaps it was a game of the year edition) but they looked like they had something to back it.
5 expansions over the course of the next couple of weeks and months which you can have for the low low price of 50 US Dollars.
The names of the expansions are
Back to karkand
Close quarters- infantry only map/campaign of sorts.
Armoured kill – a vehicle driven set of maps that were apparently some of the largest they ever made.
Aftermath- Set immediately after an earthquake.
End game – Nothing much was said other than motorbikes now exist.

Bioware
Old Republic was the only thing mentioned in it with the choice quote being the aim to create the most “emotionally engaging MMO the world has ever seen”.
A recount of various things they have done and tooting of their horn (whether it will escape the title WOW in space is a different matter).
Upcoming features.
In July everybody will be allowed to play up to level 15 for free
There was a new Space station assault
A new companion in a HK 51 droid (a fan favourite from the KOTOR series)
Level cap increases.
“Ancient hypergates” is a new warzone
Makeb is a new planet.

Medal of honor warfighter
Real world zones but the same COD style gameplay.
It looked much the same as the earlier titles (a beach insertion via bot in Somalia was the demo level) leading into a remote control car section and not half a pretty as Crysis 3. As must be done with modern military shooting games multiplayer is the order of the day again and “global warfighters” wherein you get to play as different special ops units from around the world is the feature of choice. All this being said the destruction physics was not bad if it works like it did in the demo (that is to say not scripted).

Need for speed most wanted.
Critereon (they that made Hot Pursuit) chose to recycle subtitles as well as names and make a new need for speed most wanted.
Autolog v2 is here which probably means something to those that play the series online (you can see the stats of your various friends)
Destruction aplenty and what looked to be a bit of terrain deformation. Unlike the recent hot pursuit (which did actually end up quite enjoyable) this looks to be taking a more open world/freeform approach.
Graphics were nice and somewhat reminiscent of Burnout paradise when you could see them (there was a tiny bit of bloom). With Forza 4 looking to go down the arcade route (some more footage has been released since Microsoft's show) it could be a decent showdown or it would be if this was not set for October 30th and Forza still unknown.

Crytek
Crysis 3
Despite aiming for a sandbox shooter the demo seemed to reign it in a bit which could be good as pure sandbox is not always the best method for telling a story but not everybody on IRC was that enthusiastic.
A pretty looking shooting game although such things were to be expected (it is a Crytek game) and there was a distinct jungle setting this time around which could be the start of an interesting trend.
2013 for a release date.

Sports games.
NFL
A speech that probably would be inspiring speech were it not talking about sports.
Madden NFL 13 is the name and “physics you can feel” would be what it is about.
Infinity engine seems to be the name of the engine and the presentation wanted to emphasise that animations and physics which looked like rag doll physics taken to the logical extreme (no bad thing).
On top of this “connective” seemed to make the second part of this game where up to 32 people could enter into a game world and choose to be coaches, players and more.
If that was not enough you earn experience and it had RPG elements and supposedly a story engine (along with fake news and twitter feeds).
To this end it might have dodged being called a roster update/rebadge this time around.

After this Madden has a free to play social game which that straddles the line between Facebook to phone hookup (think the Wii u transfer and the stuff Microsoft was going on about) which is an interesting experiment if nothing else.

Football (soccer) next.
Fifa 13
Chosen quote referring to some time played a short time after a match “100 million “minutes”” (our stats teachers always warned us about people playing with units like this).
Still they continued the American football approach and showcased a few things that also went some way to dodging the updates and rebadge thing EA has let get stuck to their games. As far as gameplay goes retooled offence and defence with some things going into dribbling.
Fifa profiles on the other hand can be carried from Fifa 12 into Fifa 13 and have the league react appropriately.

Not to be outdone but the NFL games an iphone application was announced that everybody else would call a forum/social network application/API but it effectively allowed people to see profiles and stats of their friends on the iphone.


Finally UFC like many other sports has got itself in bed with EA now and for the future. There was some video but if there was any gameplay we missed it.

Other than that, pretty ho hum conference for me.

simcity on social is a great idea and might just take on the other games. just dont make it boring like simcity ds.