Welcome to the 23rd issue of the GBAtemp Recommends Revival Project! This project is a weekly feature where we share our favorite games and applications with you. The things we recommend may be "old school" titles, a Homebrew, a ROM hack, sleeper hits, an application, etc, but one thing's for certain, we think they are fantastic and deserve your attention! 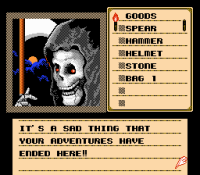 In 1989 Kemco released Shadowgate for the NES, which provided a new experience in a sea of platformers, a point-and-click adventure. The game offered a 1st person perspective in a fantasy setting, where the gamer must complete a series of puzzles at Castle Shadowgate in an attempt to defeat the evil warlock lord.

With many ways to die, some players considered the game rather difficult. It required trial-and-error, but also exploration, note taking, and memorization in order to reach the end. Further adding to the challenge was a time limitation factor presented by burning torches. A torch must always be lit, and once darkness arrived the player would die. With a limited number of torches throughout the game players did not have an unlimited amount of time to solve the puzzles.

The point-and-click gameplay was enhanced by a well written story and text that described every step of the adventure. Despite the censorship policy of Nintendo, the game’s text described death sequences with graphic detail, complete with dark humorous comments.

Having been released on more than 10 systems, there are many different ways to experience Shadowgate. What varied between versions were the graphics and the hint feature. Each version is a treat to play but it was the NES version which I get nostalgic for. If you like a fun point-and-click experience set in a fantasy world give the game a play, after all, we recommend it!

I loved this game when it came out, it was a hard type of game to beat without internet assistance but I managed somehow
I scarcely remember also it breaking a price barrier -- I think it was $50, maybe $40. I don't know, that was a looong time ago 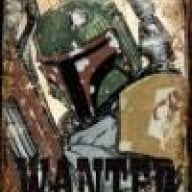 I loved Shadowgate as a kid. I remember it being very difficult, but loving it nonetheless. Wasnt there also a shadowgate 64?

I loved this game as well as Deja Vu and The Uninvited. Still own all 3 too.

same here, 3 of my favorite nes carts. there was a point that i could get through shadowgate in about 15 minutes using nothing but pure rote memorization. i still remember what goes where but i can't power through the game any longer. i guess if you don't use it you lose it! lol.

Same as Another World, I remember most (if not all) what I needed to do.
It's one of my fav game on NES, and one of my the first point-and-click.


I also played Shadowgate64, but I never completed it (even with a guide, as I couldn't grab a key).
I wish I'll play it again.