Game Group to carry on trading 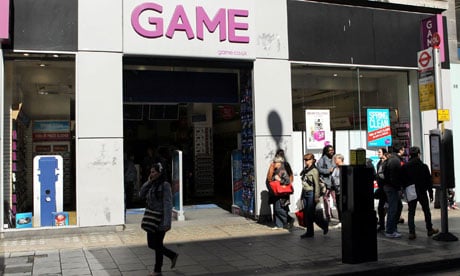 The Game shop on Oxford Street, London. All the company's stores closed last week but 333 will reopen under the OpCapita deal. Photograph: Sean Dempsey/PA

Stricken retailer Game Group, which went into administration last week, has been given a new lease of life by investment firm OpCapita. The firm will acquire Game's UK assets, retain its remaining 333 UK stores and safeguard more than 3,200 jobs.

OpCapita has "no plans for any further store closures", the company said in a statement on Sunday, and will seek to rehire a "small number" of staff made redundant from Game's head office last week.

Former Halfords Group chief executive David Hamid, now a partner at OpCapita, has been appointed chairman of Game. A chief executive is expected to be named shortly. Ian Shepherd held the role until last week, when he resigned with immediate effect after a two-year battle to turn the company around.

OpCapita acquired electrical retailer Comet from its owner Kesa Electricals last year for a nominal sum of £2. The financial terms of its Game acquisition have not been disclosed, but it is thought to have paid a nominal sum and taken on the company's debts.

The UK operations of the video games retailer, which trades under the Game and Gamestation names, were taken over by administrator PricewaterhouseCoopers a week ago after overexpansion and competition from online gaming companies left the business unable to pay its creditors.

Game owed £85m to six banks, including RBS, Barclays and HSBC. The lenders made an offer for the company in the hope of recovering some of the debt, but OpCapita beat them to the finishing line.

The banks are thought to have rolled Game's loans into Baker Acquisitions, the company created by OpCapita to front the transaction. Game collapsed owing £40m to suppliers, £20m to landlords and £10m in tax. Shareholders saw the value of their holdings reduced to zero. Last week, PwC stemmed further losses by closing 277 stores and making 2,104 staff redundant.

"This means the Game brand will not be another one of the retail names disappearing from the high street in the current difficult climate," said PwC partner and Game Group administrator Mike Jervis.
Click to expand...

In my local area there were two GAME stores and a Gamestation store, only the one GAME store shut whilst the other shops stayed open for business, and thankfully won't be going anywhere. 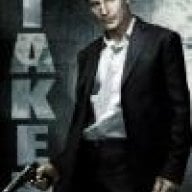 You lucky, we got one Game and one Gamestation both are closed.

It's the 1980's all over again. The executives probably still got their golden handshakes. [/speculation]

Well, the Game near my place never closed, it did however put some stuff on sale, but nothing really special... Just normal discounts. =S

Yeah I was in Game today and the staff there were talking about it. Unable to take any gift cards or other store credit but they seemed positive which I guess is nice for them- I am ambivalent at best and usually more like indifferent to their plight which is a bad thing as I like games and quite like having shops I can walk into with cash in my hand.

I guess you can say it's GAME-over no more.
Reactions: 1 person 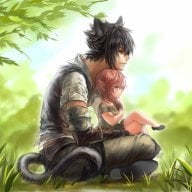 Gahars said:
I guess you can say it's GAME-over no more.
Click to expand...

I see what you did der.

This week in gaming: Nov. 1