Well-known translator Tomato, who brought us the amazing translation of Mother 3, has released an English translation of an SNES overhaul hack by a Japanese programmer, titled Final Fantasy C2. The original project aimed to convert FInal Fantasy IV into a "loose retelling" of Final Fantasy II using elements from the SNES/SFC title. Tomato not only translated this project, but even included some welcome additions to the original patches. There are two versions: 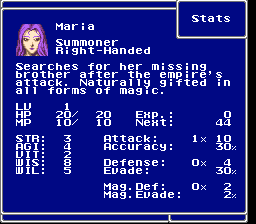 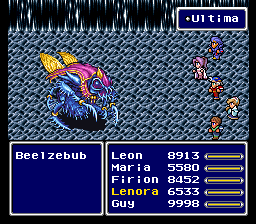 In 2016, a Japanese Final Fantasy fan named Naka no Hito released a ROM hack that remixes elements of Final Fantasy IV to loosely retell the story of Final Fantasy II. The result was called "Final Fantasy C2". It's not a short re-creation, either - it might take the average, non-expert player 15 to 25 hours to complete.

In 2018, a different Final Fantasy fan named Tsushiy released a small patch that updated FFC2. This patch upgraded the enemies' graphics and replaced many of the enemies with actual enemies from Final Fantasy II.

In 2020, I translated Final Fantasy C2 into English.

WHY ARE THERE TWO TRANSLATION PATCHES?

There are two versions of my English translation:

* Version B, which is the same as Version A, but includes the enhanced enemy graphics from Tsushiy's patch.

WHICH PATCH VERSION SHOULD I PLAY?

Version A is good if you want to see how Naka no Hioto creatively used FFIV enemies and bosses to recreate FFII.

Most people will probably want to play Version B though, as it makes all of the enemies and bosses closer to the original Final Fantasy II.

Final Fantasy C2 includes many pieces of side content, enhancements, and little gameplay quirks. Here are a few examples:

* You can hold the B Button to run around

* You can switch party members in battle with the X Button

* Final Fantasy IV allows for five-character parties, so some characters aren't forced to leave like in the original game.

* Additionally, late in the game, you can swap optional characters in and out by talking to them in Castle Fynn.

* There are some new spells, some replacement spells, and a new type of magic called Incantation (Incant for short)

* Various commands like Pray have been reworked to be more useful

* There are two new secret summons you can gain

* Some new, bonus enemies have been added

* Various items have been added and/or changed

* I added a treasure chest counter that keeps track of how many chests and hidden items you've found. Nothing happens when you get 100% of them. After multiple manual counts, it seems you can get up to 403 by the end of the game. You *can* go over this, though, by using the weird "glitch chests" in the second half of the game that sometimes exist invisibly in front of doorways or special event tiles.

* After you get access to the airship, you can go up Mt. Semitt. If you try to climb it beforehand, you'll get force out.

* Supposedly you can have Kokkol turn Gordon's Great Mythril sword into the Kashuan Blade, but I've only gotten it to happen once, and can't activate it again. It might be bugged in the Japanese versions, I don't know. At the very least, you can also get the Kashuan Blade as a random drop from a secret (and repeatable) boss battle.

* Chocobo forests will gain yellow and black chocobos over the course of the game. At first, they only have white chocobos. A side effect of this is that you can theoretically travel to most places on the world map well before you should. Naka no Hito liked it this way, because it kept the same "open world" charm found in the original game. There's always a chance you could get stuck if you're not careful with this freedom early in the game.

* You don't actually need money to ride the airships in Poft

* During the cyclone event, if you talk to Paul, he'll give you an Alarm item. You can repeat this over and over and get as many Alarms as you want.

* Once the hole near the Jade Sea opens up near the end of the game, the game pretty much turns into the last parts of Final Fantasy IV.

* There's a secret new location on the moon... and another secret inside.

* If you play the Version B patch, it's possible some enemy groups will cause the cursor to not act the way you think it should. I think I ironed out most of these problems, but if it pops up again it's not game-breaking, just annoying to select a specific enemy.

* Version B might have occasional graphical weirdness, like the Reflect bubble looking oddly colored when it reflects a spell.

* When the Dreadnought lands to refuel, you might see a ship hanging out on the coast. Apparently this is an unintentional bug, but Naka no Hito couldn't figure out how to fix it and just liked the idea that "Oh, Leila's just doing her pirate stuff as usual, that's all."

Most of the translated text in FFC2 is based on the Game Boy Advance versions of Final Fantasy II and Final Fantasy IV. Naturally, the text didn't always match, and sometimes there was completely new text. In these cases, I translated things myself.

I also rewired much of the Japanese game's programming to enlarge text windows, add quality-of-life improvements, and fix issues with the original Japanese patches. I also added bits of text when necessary to help keep newcomers to FFII moving forward. When I first played the Japanese patches, I was often wondering "Wait, where do I go next?" due to content mismatches between this hack and the original FFII.

While I was at it, I added some new features, such as a counter that keeps track of how many treasure chests and hidden items you've found.

When I created the tools to produce these translation patches, I designed them with other Final Fantasy IV ROM hackers and translators in mind. The tools, which I'll release separately, can feasibly be used to produce quality Final Fantasy IV translations into other languages, for example. At the very least, all of the expanded text and text windows will give ROM hackers plenty of breathing room
instead of having to abbreviate, cut, and change everything.

I haven't tested any of this stuff on real hardware, but I did all of the ROM hacking using a debugging version of bsnes, which is known for being extremely accurate to actual hardware. Still, I can't make any guarantees that any of this will work on actual consoles.
Click to expand...

zfreeman said:
How's the leveling work? Is it that same as 2 or 4?
Click to expand...

That is a good question. This is essentially still FFIV under the hood, so characters still level up and gain stats as they did in Final Fantasy IV, rather than a "proficiency" based system seen in FFII.

D
What is the best version of Final Fantasy VI to play?