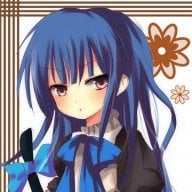 I've been playing around and enjoying retroarch, but I can't get FBA and Mame 2003 to work. I used different builds of retroarch and used Youtube and MH4 as a target, and all I get is a black screen with the bottom being normal, except it has some errors. According to the errors, it's trying to load some kind of ♥ rom, and it fails to load a drive. Here is an image of the error:http://imgur.com/4WRvL8s I also tries deleting the cfg file and that did not make a difference. Do I need to use some special version of retroarch, or do I need to change some files around? I'm using a N3DS with ironhax loading the .3dsx retroarch.

@ RichardTheKing: Okay, how do I disable that "GBAtemp wants to enable push notifications" banner at the bottom of... 12 minutes ago
Chat 1