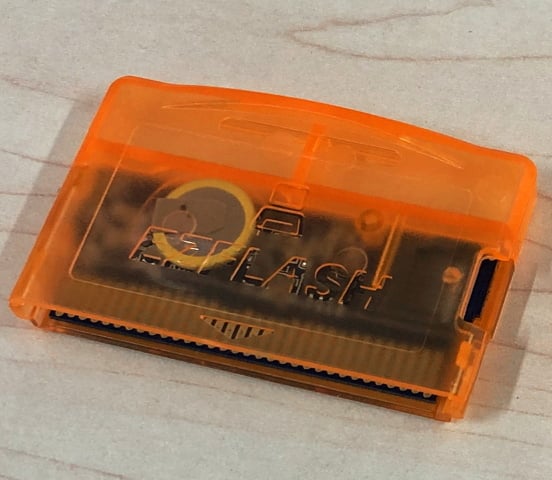 The EZFlash team came along to share news that their Omega line of GBA flash carts (GBAtemp's review) is getting an orange case, some places calling it the Christmas edition. The colour however is a homage to their EZ3 line of flash carts (archive.org copy of the opening picture) which were among the first to pioneer the split memory design that we have seen ever since really, said EZ3 also being something of a high water mark in GBA flash carts... more or less until the EZ Omega dropped. Both full size GBA cart and DS lite dust cover size shells were made for this, and are intended to come together.

At least one vendor is offering it as a standalone shell (shortly before writing this we purchased one for a little over $11 USD) but in any case it is considered a limited edition so probably best to act sooner rather than later. EZFlash's vendor list (ones with the "present emoji" being those carrying this, at time of writing a short list indeed).

The GBAtemp discussion thread also features some more pictures, including the DS lite size one not pictured above.
Reactions: gnmmarechal, StrayGuitarist, hippy dave and 8 others
Click to expand...

@ SAIYAN48: what's with muricans and their guns? A moment ago
Chat 2