EUCLIOD - A Homebrew Bullet Hell for the 3DS

Rinnegatamante has helped me optimize the game, and the game runs almost flawlessly on N3DS (at present) and although I am aiming to keep the game smooth as possible for the O3DS, don't expect any miracles. (Though I have been informed that the game currently runs at 60 FPS on the O3DS)

This has been a quick project I've undertaken to have a little test of the boundaries of the N3DS's processing power vs the O3DS. (as seen through the eyes of Rinnegatamante's LPP)

It's also (hopefully) going to be the first game I actually complete in the last 7 years of making random games that are too ambitious for me to finish.

Video by TCPixel (Thanks a tonne man)


I've only got three levels in at the moment (my level design skills suck) but the levels are stored in plain text file so it should be easy enough to create more. 6 enemies , 3 bosses with multiple phases, and 5 different weapons. It's a bullet hell game: so you get one life, and a tiny hitbox.

The difficulty system isn't tested, I did most of the bugtesting on the highest difficulty (for the sake of keeping an eye on lag levels), so I don't know if the easier ones are laughably easy or broken.

Controls:
A - Select (menu only... I'm currently sick of holding down A when playing Mario Kart, and mashing it for Fantasy Life)
B - Back (only works on ship select screen)
Y - Fire Primary
R - Focus Mode (halve movement speed, and uses an alternate weapon)
Start - Return to Menu
Select - Take Screenshot
On the menu, use left and right to increase/decrease difficulty, and change the level (hold Y while changing level to speed-cycle)
You can remap the Fire and Focus controls to A, B, X, Y, L, R, ZL, or ZR in the options menu if you don't like the default.
The game is currently D-Pad only, but adding in circle pad controls wouldn't be a stretch.

If anyone gives a crap about level making:


Code:
Every line has to be exactly 20 characters long, in this exact format (my text-parser programming skills suck)
The first 6-digit number is the frame the enemy spawns, if you're not lagging this should be 60 per second.

3DSX: Just extract the archive straight to your SD card and launch via Homebrew Launcher. The unsuffixed zip files are the 3DSX versions.

CIA: Install the CIA using FBI. The zip file with "_CIA" on the end is the CIA version

Despite the CIA version having a more recent release, the 3DSX version is still superior. So if you don't mind going 3DSX over CIA, I'd recommend it.

Credit to Rinnegatamante for developing Lua Player Plus, the application that allows me to program in notepad and not need to know a single other thing about computers or compilers. 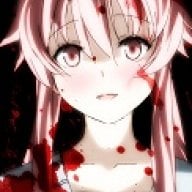 Looks pretty nice from screenshots, it remembers me a bit Touhou Project.
Reactions: EmuAGR and Ryuzaki_MrL

Just fucking WOW! This looks absolutely awesome!!!! I have never seen this simplistic graphical bullet hell game before! I will try tonight
Reactions: WeedZ and HexZyle

I LOVE YOU.
Reactions: ShinkoNet, Deleted member 373057, dronesplitter and 4 others 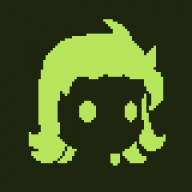 Admittingly Touhou Project is the only Danmaku game I've ever played

HexZyle said:
Admittingly Touhou Project is the only Danmaku game I've ever played

Me too even if i know @smealum made a pretty nice one for NDS ( http://smealum.net/arsenal_beta/ ).

Anyway, any chance of getting sourcecode?
Maybe something can be improved to make framerate more stable even on O3DS.
Reactions: SLiV3R

Rinnegatamante said:
Anyway, any chance of getting sourcecode?
Maybe something can be improved to make framerate more stable even on O3DS.
Click to expand...

The game's in plain lua if you want to take a look at it. Don't expect it to be pretty though.

HexZyle said:
The game's in plain lua if you want to take a look at it. Don't expect it to be pretty though.
Click to expand...

I can give it a try, i'm pretty interested on seeing this running good on my O3DS with 4.5 fw <.<
Reactions: Subtle Demise and SLiV3R

Rinnegatamante said:
I can give it a try, i'm pretty interested on seeing this running good on my O3DS with 4.5 fw <.<
Click to expand...

If you can help optimize it, that would be great.
I actually have no clue how to compile the game into a package.

It seems that the player's bullets in the game are the laggiest parts as they have to check their collision box with every enemy on screen (recalling data from arrays), every bullet is roughly as resource-intensive as 10-15 enemy bullets, so no big spreadshot crazy weapons yet. (the game did not like having weapon 1 shooting two separate objects)
Then again, my most recent bug in the game is getting the game to detect when all enemies are dead and thus the level is complete (which it does so by checking enemylist.size, which should increase each time an enemy is spawned, and decrease each time one dies) so perhaps that's the source of the problem.
It could be an easy fix, but it's late and I just wanted to upload this before I get to bed because I got work early tomorrow.
Last edited by HexZyle, Mar 19, 2016
Reactions: Subtle Demise, SLiV3R and Rinnegatamante

Where do I put the index.lua file?

SLiV3R said:
I get this:

Where do I put the index.lua file?
Click to expand...

Same here, what firmware (and nh build) are you on? I noticed some old payloads don't have romfs support.
Reactions: SLiV3R 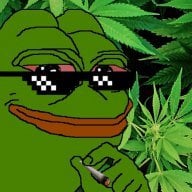 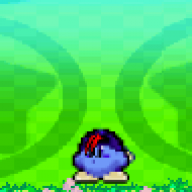 Finally! Thanks for this contribution to the homebrew scene.
Reactions: DarkRioru and SLiV3R

Rinnegatamante said:
Same here, what firmware (and nh build) are you on? I noticed some old payloads don't have romfs support.
Click to expand...

This is badass!
Reactions: JustAKirby

Are people getting this working? 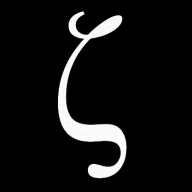 HexZyle said:
It seems that the player's bullets in the game are the laggiest parts as they have to check their collision box with every enemy on screen
Click to expand...

Rinnegatamante said:
Same here, what firmware (and nh build) are you on? I noticed some old payloads don't have romfs support.
Click to expand...

It's really cool (judging from the screenshot, didn't test it yet) i always wanted to program a game like this myself but i lack in any graphical design skill. (Would love to see the source code to imagine the amount of work involved into a game like this)
Last edited by Slashcash, Mar 19, 2016

'BPM: Bullets Per Minute' announced for PS4 and Xbox One