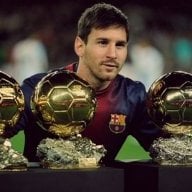 I want to burn two software to a DVD.How to make it right.I really want to know if i can get two (run.exe )feature for opening setup any of the software.I hope you understand my question.

So you have two pieces of software you want to burn to the same DVD.
You want something so when the disc is run then if someone has left autoplay enabled on the drive that it will load that. If it was just a single file then I would point you at something like http://www.phdcc.com/shellrun/autorun.htm and call it a day.
The fancy full version of it all is very tedious to go through, as MS documentation usually is, but have that as well https://msdn.microsoft.com/en-gb/library/windows/desktop/cc144200(v=vs.85).aspx

For two files you are going to need something more. Maybe your new found programming skills will allow you to make such a thing (you are merely launching one of two programs in response to input), alternatively you could probably do it with a batch file. If you have a scripting language (say python or autoit or something similar) then you could probably make something for this with relative ease. There are programs, http://www.autoruntools.com/autorun-inf.php popped up in a search but I hate autorun so I tend not to do much with it and disable it on most machines I am ultimately responsible for..

Frankly though I would consider burning two discs, or just going manual and letting your users pick for themselves, maybe autoload a text document or PDF or something to give them a hand if they can't be trusted to open a readme/how to install document.
Reactions: Vishnoo and raulpica

Thanks for a quick reply.I will try it out soon.

Got it.Very thanks for reply anyway.I used compact autorunner to make the menu.Can i give the link to the button of the menu after burning.If not,Please give me the steps to get it right.
(I want to autoboot files in the disc)

These are the files i have

Please help me with this.I dont't know what to google for this.

Hardware Cheapest Way to Experience VR on the PC

Misc Looking for a Good Free Email Client for Windows 11