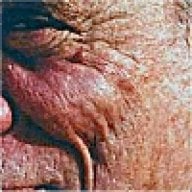 The first one wasn't a great game on the PS2. I don't expect any better on this sequel for the DS. 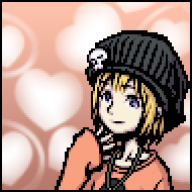 I played the first one on the DS. It wasn't too bad but not great either. I'm still looking forward to playing this for some reason.

DS version doesn't look very good. Actually, none of them look very good, but DS version is a sidescroller with geometric environments. You can take a look at some footage here-

Go about 5 minutes in to see DS footage. The first game was actually fully 3D. I didn't like it very much, but this one looks even worse...

Appears to work fine on CycloDS B.4. You know, this forced touchscreen stuff is really getting old. I would have much rather had just dpad & buttons control.....sigh...

I saw about 2 seconds of that DS footage.

The graphics on the first one weren't great, but at least it was 3D.

If anything they should have cancelled the DS version rather than the PSP version. I was looking forward to trying it, and I hate LucasArts for cancelling it.

Rayder said:
You know, this forced touchscreen stuff is really getting old. I would have much rather had just dpad & buttons control.....sigh...
Click to expand...

I'm with you on this, I too would prefer a dpad & buttons control option

Looks better than the first, I'll say that much. Not sure why it's so much trouble for a juggernaut like LucasArts to make a decent action game on DS, but man, they've been slow to the punch. I'll certainly try it.

I am only going to assume they did nothing to work on making a real video game and is really just going to be another piece of shit, that everyone will be laugh about later and then just abandon.
Also I am going to assme, just like the first DS version of this game it's going to avoid all the pretty buttons it should use and try and throw in some annoying shitty touch screen controls that never can tell a jump from a slash. 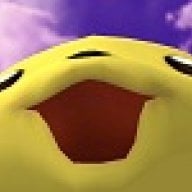 I'd definitely say its better than the first, the first was like a really really bad game-long quick time event sequence 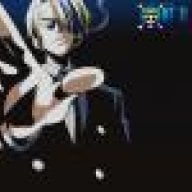 Played this for an hour, its better than the first one, definately. However, I dont really like that you only got like 4 force powers that you are supposed to use at different parts. Takes time to change the force power you want, but still. Id say this is an Ok game, atleast for killing some time. 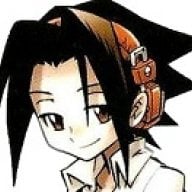 Hmmm.... I'm left handed, anyone know where to change the options to left handed? 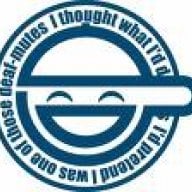 Kiekoes said:
Hmmm.... I'm left handed, anyone know where to change the options to left handed?
Click to expand...

It's in 'Options - Control Settings' really easy to find.
The game's actually not to bad, yeah it's forced touchscreen but it's an Ok time waster.

Yeah, definitely way better than the first. Lots of cool stuff here, especially the way you can chain the force powers together with basic attack combos. That being said, the controls aren't great. I'm usually perfectly fine with touch-screen controls, but the set-up isn't a good match for the demands of the platforming. It's very clumsy. They should have opted for all touch screen, a la PoP DS, or just stuck with button control. This plays a lot like the first Kung Fu Panda for DS in terms of controls, and it's frustrating at times. I'd be lying, though, if I said I wasn't having fun with the game so far.

the best star wars sidescroller was for the gba about sith's revenge or something... amazing game

Desmume got White Screen and No$gba got error for this games...

Cheats now released for this title via the unofficial database