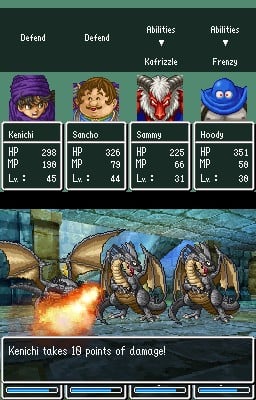 Square Enix has finally announced a release date for the European version of the upcoming continuation of the Dragon Quest series on the DS, 'Dragon Quest V: Hand of the Heavenly Bride'. The game is to be released on February 20th.

This will be the first time Dragon Quest V is available in Europe, and according to DS Fanboy, the game "was one of the best-selling releases on any platform in Japan in 2008". New screens were released along with the announcement, so check them out at DS Fanboy's gallery!