This sort of thing has been done before with SoM and CT. Those SNES patches, alongside the DQIV DS Classic Translation Project and my passionate hatred for iOS/Android gaming inspired me to do this thread.
Even if this does get finished eventually, you won't find direct links here because of GBATemp's ToS. A bit of the same as an undub patch.

First of all, all versions of Dragon Quest IV DS have JP/EN/FR/DE/SP/IT scripts, in various stages of completion, even the original Japanese version. They're just dummied out for whatever reason. I prefer the French script personally since it's translated from the Japanese directly yet without all the exaggerated accents.

You can even change those with the following Action Replay codes, to bypass the game locking certain languages:
JP ROM: 02106404 0000000X
PAL (US?) ROM: 22109E4C 0000000X
X can have the values 0-5, 0=JP, 1=EN, 2=FR...
The effect applies immediately in-game.
Keep in mind you won't advance much beyond the prologue in the Japanese version with another language forced, lots of text files are missing.

iOS and Android versions seem to only have one language per version. There's a Japanese version, and an English version. No other languages sadly. You can open the game files with 7zip or something similar.
The DS roms can be opened with Tinke.

Let's talk about the Party Chat feature in Dragon Quest IV.
When you have NPCs or party members with you in the party (even that lady with the imprisoned husband, or the slime that joins you in the prologue), there are little bits of text like the skits in the Tales series where they comment on ongoing events, have funny chit-chat and stuff like that.
Anytime in towns or the overworld, you can either press B, or choose "Talk" while there's nobody in front of you to chat with your party.

In the case of Dragon Quest IV, that feature is only available:
* In the Japanese DS version (if you force with cheats a non-Japanese language, it gets disabled)
* In the Japanese and English iOS/Android versions.
In all other cases (including the US/PAL DS versions with Japanese forced with cheats), it's disabled completely. B button does nothing, and "Talk" gives you "There's nobody to talk to" in that language (in Japanese too in the aforementioned scenario).

There's a very simple reason for that -- Party Chat script files (from b0500000.mpt (Prologue) to b0552000.mpt, 46 files no less who are individually much heavier than the average regular text file) were completely removed from languages other than Japanese (or still present under the ja folder but unused).

That said, they're still certainly in the smartphone English release, fully translated and all. What's best, is that all script files from the smartphone release still work as-is in the Japanese DS version (the format is the same, AND the JP DS release is already compatible with English files, with the text showing up properly using the English font).

But -- the smartphone text messages are formatted a bit differently, leading to text overflowing on the side, some weird symbols appearing like % that can be assumed to be either SE not giving a damn about QA'ing properly their quick cash-grab ports (that bombed in sales rightfully) or a control code behaving differently.
Nonetheless, these hiccups can be fixed with a good old hex editor (text editors ruin the pointer data in the top of the file when saving) with the UTF-8 encoding.

A sample, based on the Japanese DS version, I quickly made for my personal enjoyment. I'll maybe try publishing a patch somewhere, eventually. Ideally I'd love to have a patching application (decompressing the zip file with the obb extension from the Android download, extracting the relevant message data, extracting the DS-specific English files from a US DS rom, the importing it all in a JP DS version to rebuild it).
I would need to swap all Japanese stuff with English first. 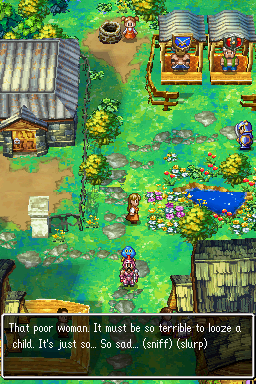 Always good to see improvement hacks for games. Hope you get an application working, I do not think I have ever seen a three way patch before, much less three way between two systems. 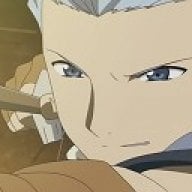 I hope you finish the DQIV rewriting Translation project, the exaggerated accents ruined this game series for me on the DS.

Patuli said:
I hope you finish the DQIV rewriting Translation project, the exaggerated accents ruined this game series for me on the DS.
Click to expand...


I'm not the one in charge of that project.
This is a separate endeavor. 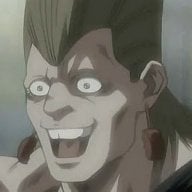 Are you still working on it?
I'm looking forward to this project...
D

I'm also wondering if this is happening? O.o; Google'd looking for a project like this.. and I'm excited to see someone working on it.. 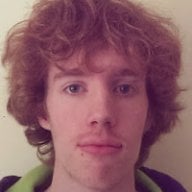 Is this still ongoing? I'm really looking forward to it!

Any chance of this project being revived?

I might get in trouble for necroposting but I'd like to know if this project is still even going on?
C

I've been looking for a way to get English party chat on DQIV DS and referenced info from this thread (among other places) to put together a tool that patches the English text files from the US ROM and Android app so that they are formatted correctly (or at least acceptably) for use with the Japan ROM, to avoid having to manually fix all the files in a hex editor. I wanted to share this tool in case someone finds it useful, but since I don't have any other posts I can't post a link here - you can find the link as the homepage in my profile (does not include any ROMs or Android files, you must supply them).

This tool requires manual steps to unpack the US ROM using dslazy to pull data, extract the Android OBB file to get the party chat files, and re-pack the Japan ROM using dslazy, which is all documented in the link. I may look at automating that in the future.

If have questions on how to use the tool or you want to report issues/make changes to the patch, let me know here or on Github. Hope someone finds this useful!
Last edited by concreted, Jun 10, 2021
Reactions: YBLP

@ NeoGaming: i just look up dank meme and found it 31 minutes ago
Chat 0