If you got a new SD card, I thought you couldn't just drag and drop the old SD cards data into the new one. The 3DS would just make new data... 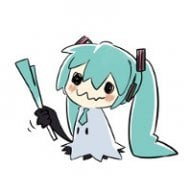 BusyBiscuit said:
I'm pretty sure I can fill it up a little more than 90gb ( at least I hope). I haven't actually gotten the SD card working, for some reason it doesn't allow me to download stuff... But in a world where I did download the 100-300 virtual console games, I'm not really sure what else I would put in it. PC games? I'm not really sure.
Click to expand...

I would test it. Go to that 3DS Guide. The site navigation has links to software to test SD card for Linux, Mac, and Windows.


Zero72463 said:
If you got a new SD card, I thought you couldn't just drag and drop the old SD cards data into the new one. The 3DS would just make new data...
Click to expand...

Only if you want to start over. How are you going to keep your save files and stuff if you don't transfer your files?
Last edited by pixelmasher, May 13, 2017

Update Feb-18, 2018
Edit Appendage #10 - Do not use 64 KB cluster size if your SD card is smaller than 128 GB. There is a high chance you will run into incompatible issues with graphical glitches using AGB_FIRM (GBA Virtual Console) and nds-bootstrap. If your card is at minimum 128 GB, stick to using 32 KB cluster at first. Only switch over to 64 KB if it's too slow or those glitches happen on 32 KB. Your mileage will vary.

Necro-bumping this thread to report some findings about using a Lexar 128 GB micro SDXC formatted FAT32 with allocation cluster size of 64 KB (65536) using guiformat.exe . I am planning to upgrade to a Sandisk 200 GB micro card later, but I am testing for detrimental effects using 64 KB cluster size vs the recommended 32 KB.

* Update Jan-31, 2018
Edit Appendage #9: Selecting Autoboot emuNAND does nothing if you don't make an emuNAND partition on the SD card with 3DS Multi EmuNAND Creator. In other words, I was on sysNAND this entire time. Unless I update my setup above, the testings will continue on sysNAND.

At really large SD card capacities, 128 GB and above, users generally report an increase in load times for Home Menu icons and in-play lag for games.

While using 32 KB cluster size
I had noticeable in-game lag during battles playing Pokemon X on update v1.5 . Battle music would continue playing but video animation would stop and hang for up to 2-3 seconds. This was annoying enough that I was considering playing the game on a separate 32 GB micro SD card.

I copied everything off from the Lexar card onto a separate 256 GB [full-size, non-micro] SDXC card. The Lexar card was quick reformatted using guiformat as stated above. Everything was copied back over as-is. Both cards were checked under Window's right-click Properties, to ensure the files count and total bytes size matched.

While using 64 KB cluster size
Home Menu game icon load time stayed about the same. Navigating by single click direction [up, down, left, right] using the D-pad or joy-stick would sometimes lag/freeze by half a second. I don't believe this happened when the card was in 32 KB allocation size.

Game Speed/Lag
In-game battle lag went away in Pokemon X. This is a huge boon. Hopefully for those who experience lag issues for their games, using 64 KB might be the fix.

Game Installation
I put the game 'Legend of Legacy (USA)' in .3ds format [1GB] onto the card, used GodMode9 to build it into .cia [~800-ish MB], went onto FBI to install the game, and played the game with its quick data save option pressing X & R. Turned off the 3DS system & back on, started up the game again, and checked that it can be continued off from the quick data save.

Anemone3DS & Themes
Theme shuffle does not fully work in Anemone3DS. Anenome3DS could only install up to 4 themes in its Homebrew Launcher .3dsx , and sometimes up to 5 themes in its stand-alone .cia . I first checked individually installing those selected 10 themes, and then incrementally increasing the number of themes with shuffle option. The app crashes with this log dump: Update Jan-21, 2018
Edit Appendage #6 - I failed to mentioned I had 787 themes in my Themes folder. Anemone3DS does work shuffling 10 themes. After separating my entire collection and placing only 10 themes within the Themes folder, Anemone3DS will install shuffle without crashing. I believe this is a memory issue taxing the app with having to load too many themes. Please have a reasonable and managaeble theme count until the devs sort this out with a newer build that can handle massive theme quantities.

Update Jan-27, 2018
Edit Appendage #8 - Anemone3DS is complicated when you changing from 32 KB to 64 KB and vice-versa. The app will work so long as you properly setup the theme ext data. You can read an in-depth documentation here arriving at this conclusion: https://github.com/astronautlevel2/Anemone3DS/issues/132
Go to Post #6 How to Properly Setup Anemone3DS when Changing Allocation Size if you just need instructions how to get theme shuffle to work.

Checkpoint & save backup
Edit Appendage #1: Checkpoint v3.0.0 in .3dsx under Homebrew Launcher works. I did a quick backup save for Legend of Legacy. I went about starting a new game with a different character, doing a quick save, verified the 2nd save works after turning the 3DS off and on, went back to Checkpoint to restore the 1st save, and checked the game had that original save restored.

I did some several attempts per game, quick game launches for official GBA VC such as Legend of Zelda - Minish Cap, Wario Land 4, and WarioWare, Inc.: Mega Microgame$. Have not been able to reproduce the graphical glitches.

Edit Appendage #3: By recommendation of @BizyB, did some more VC GBA injection testing using ZooCube (E). The tests can be seen in this thread: Custom Themes Don't Load Automatically After SD Mod . Conclusion as of Jan-17, 2018 : The stable limit for a SD card is 128 GB when using 64 KB cluster size; 200GB and larger cards exhibit VC glitches whereas a 128 GB won't. More testing is needed.

snes9x_3DS v1.21 (by Homebrew Launcher)
Edit Appendage #4: Initial boot up yields this message on the bottom screen, which either doesn't happen on 32 KB -or- it happens fast that the human eye does not have time to read/notice. Tested games were F-ZERO and Killer Instinct. Emulator save states worked. Went back to retest everything. Most of the observations above in 128 GB also appear in the 256 GB, including the Anemone3DS theme limit.

I managed to micro stutter once in Ace Combat: Assault Horrizon Legacy Plus navigating the game's home menus. Game play during flight did not stutter.

For some reason, my 3DS will always crash turning it off after installing a game under FBI. This crash happens regardless if it was on my other cards using either cluster sizes: 128GB and 32 GB ; 32 KB and 64 KB.

In this instance, I managed to crash within my crash during the log dump. I think this happened because I pressed the power button after pressing (A) while the log was getting created but not finalized dumping. The 3DS would fail to get into Home Menu with and without the SD card when turning it on and off again. I would get this buggy log dump piling up more and more zeros. The only thing that fixed this was removing the battery and SD card, waiting awhile, and then rebooting the 3DS without the card. I don't chalk this up being an inherit flaw on the 256 GB card but more on user error/impatience completely a clean log dump. Still, I report this incidence in case it happens again and needs to be referred back to.

********
GodMode9 & FBI game install
Edit Appendage #7 - I tried converting Yokai Watch 2: Psychic Specters (.3ds - 3.99 GB) to CIA and then installing it with FBI. This game was chosen for its maximum size limit. These two passed with flying colors.

Basically, the conclusion for those planning to use 128, 200, 256, 400, 512 GB and above SD / micro-SD cards will have to live with the in-game lag if the cards are formatted with 32 KB cluster. You should be able to remedy these in-game lags using 64 KB cluster but at a traded cost of unexpected incompatibles with some Homebrew apps.

Basically, pick your poison of compatibility vs. speed when choosing your allocation size.
Last edited by TurdPooCharger, Feb 18, 2018
Reactions: Hark0n, chachaprince1, PityOnU and 4 others

The contents of my sd card doesn't show on my 3ds