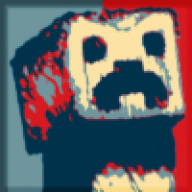 The routine of a Derp player

I dont get it
Reactions: 1 person

Where is the scene where he fucks the pig but puts the condom on his own leg?

BortzANATOR said:
I dont get it
Click to expand...

Excuse me good chap, I hate to intrude on your various important activities, but could you kindly inform me of what the fuck I just watched?

As a minecraft player; that was fucking hilarious.

1 - Just standing there. An intro.
2 - Trying to cut down a tree with a pickaxe, not an actual axe. While technically possible, you might as well use your bare hands.
3 - Trying to fish... in lava. You fish in water, not lava.
4 - Trying to ride a boat... in sand. While you can technically steer boats on land really slowly, it's retarded.
5 - Trying to mine diamonds with an axe. Not only is this going to be really slow, but you'll actually destroy the diamond block instead of mining the diamond out.
6 - He's in hell, and there's a bed. Sleeping in the nether is not allowed; the bed explodes when you try.
7 - Wooden house + fireplace = your house burning down. A lesson most minecraft players have to learn the hard way. I have burned down at least three houses.
8 - Lots of TNT, one explosion will set them all off. Not only is that -way- too much TNT to blast through a tunnel, but the creeper coming up behind him is a monster that suicide-bombs you, which will set off all the TNT.
9 - I have no idea what's here, but the guy that appears at the end is a reference to Herobrine.

What's something men do, that equals to women using make up?

The Edge of the Forum Dec 6, 2022
sombrerosonic