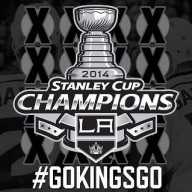 With NoAs decision not to release the smaller New 3DS here, I'm considering importing one from Europe and using a Gateway to be able to play my US retail games. I would like to set up an NNID on the new console though, and thus would need to set up a new European NNID (UK specifically) just in case I ever decide to get anything on the eshop.

My question is, can I create a New NNID on emunand and then enter it on sysnand as well? At the moment, I think I'd like to have a linked emunand and sysnand. From what I've read emunand pulls the NNID from sysnand, so my understanding is I could make a NNID on emunand, and then boot into sysnand and add it there while keeping the N3DS sysnand on 9.0-9.2. Would I then need to dump the first emunand and create a second one after adding thr NNID to sysnand? Or will I need to find a way to make an NNID on another console and to a system transfer to the emunand?

Thanks for the help!