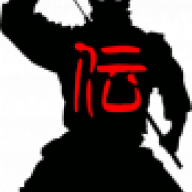 The recent developments with the Wii U being “hacked” has got me thinking about the time lines in a consoles life when it was hacked. I think it would be interesting to put together a simple chart for history’s sake. In order to do this there would need to be some guidelines established.

First, I am qualifying “hacked” as loading backups. I realize that launching homebrew is truly what opens up “hacking” on a console (the natural progression is homebrew opens the door for launching backups). However launching homebrew was not possible until the sixth generation of consoles (and really it was only the Xbox as the PS2 could only load backups). If we go back in time to older generations of consoles the word “hack” really just meant you could load up a copy of a game, be it on the device directly or from a foreign device.

Second would be to determine what the first solution for this was, whether it be software or hardware and which hardware solution if that be the case. And more importantly when this solution was available for consumer consumption. In the case of the Wii U, while it has {apparently} been hacked, it’s not available to the masses, so in my opinion it is nothing more than proof of concept at this point.

Using the Wii as an example. It was released in Nov. 2006. I THINK the first mod chip for the Wii (WiiKey?) was released somewhere in 2007; this is the information I would be looking for.

Racking my brain on early consoles it’s hard to get timelines right. Anyone remember when the Game Doctor was release for the SNES J

Anyways, just something I was thinking about putting together as I think it would be interesting to see the history.
Cheers

emigre said:
Change the colour of your font for the black supreme master race theme users plse.
Click to expand...


Agreed. Once I go black, I shouldn't have to go back.

Sorry about that gents. Is that better?

don't use a user defined color or size if you apply it to all the post.
Colors is useful to emphasis words, make presentation, titles, etc., but it's hard to read for users if you put all the post in a specific color.
Using the default font and color is better, as the forum will automatically set the color according to the user's theme.

Will do. Thanks Cyan.

Have a look for some of the videos from fail0verflow and that lot -- they usually have a nice timeline and breakdown in them. http://www.youtube.com/user/ChRiStIaAn008/ should have something.

ROM Hack Can i extract save data from OFW Switch whithout any hack/risk?

N
Hacking Want to reset my console and re-hack with Haxchi. Please answer few questions for me.

@ kenenthk: Probably won't be that long until theirs 4k capable apus around $400 3 minutes ago
Chat 3