So, yesterday in the sharpii thread I sparked some interest for a project I wrote and used myself quiet a while.

I'm speaking of a batch file I wrote, which with the help of wiimms amazing iso tools, sharpii, GSAR (generell search and replace tool) and a base of a game channel previously build with WiiGSC, can build these awesome game channels for usb loaders directly from the command-line.

This is technically not so very different from WiiGSC itself, and while WiiGSC works pretty well, I prefer batch files over a GUI because well, they are portable and pressing all that buttons just costs me valuable time I could use to hack my wii in every way possible

At the moment the batch script is in a very basic state and lacks a function to customize the options for the loader used in the channel and choosing the loader itself, but I'm in the process of improving the script, adding various checks and of course the possibillity to choose and configure the usb loader the user prefers.

Another feature that will be included (being totally optional) is to send the created game channel wads via sharpii or the new WADLOAD, a wad installer similar to wiiload, over the network directly to the wii for installing, all from the command-line.
To use this feature, one will need to have a cIOS installed on the wii (people that use usb loaders should have this anyway), and of course should have some brick protection in form of BootMii and optionally Priiloader.

While testing the basic script I have on my own wii, none of the channels bricked the console and everything worked well. However, I of course take no responsibillity for any damage you do to your wii by installing wad files created by my batch script.

At the moment I have nothing to show at all, because the basic script needs some overhaul like already stated. But as mentioned before, this is in the works and as soon as I'm done and did some testing, there will be a beta out for everyone of you to test and enjoy.

If you have any ideas or want to make a suggestion for a feature that could be added, don't hesitate to step in and voice your opinion and I will see what can be done.

Last but not least I want to thank XFlak for showing interest in my project and also JoostinOnline, who provided great help to me. So a big shoutout to you both.

This post will be updated as soon as I have something to show, so stay tuned.

Things are going quite well. The script is still not ready to be used and I didn't test it yet since I'm still bringing everything together to ensure that there aren't that many things that can go wrong, but I thought I would add a little progress report:


- The script will be fully commented so everyone will be able to see how everything is done and why it works that way
- The checks if the batch script was used in the right way (aka dragging the files to work with onto the .bat file) are done.
- The checks if there are supported files (at the moment I will only support .iso and .wbfs files) are done
- Added a check to ensure that files which are not of the type .iso or .wbfs are ignored
- Added the function to look for .iso and .wbfs files in folders and their subfolders which were dragged onto the .bat file along with other files
- Added a function that lists files of the wrong file type and gives a warning that these files are skipped
- Added a function to list the files that will be processed
- The function to process .iso files (extract opening.bnr and so on) is being worked on at the moment
- Got WADLOAD finally working, now my tool can send multiple wads over the network without the user having to wait for an eternity. Special thanks to dragbe and XFlak for leading me on the right track for solving the problem.
- Possibly found another banner that causes a brick. It's the one from Mario Party 9. So I will add it to the list of blocked games.
- No beta this weekend, will try to whip up something for next weekend.
- It's the checks for everything that make this sometimes a rather difficult task. The main functions are more or less done.

sounds great man! Keep it up

I just wanted to mention that WiiGSC can be used portably (ie. saved\run from a flash drive)

Also, I think when you officially release your script, you should make sure to block making channels for a boy and his blob (causes banner bricks).
L

XFlak said:
Also, I think when you officially release your script, you should make sure to block making channels for a boy and his blob (causes banner bricks).
Click to expand...

yeah, I will. WiiGSC has a complete list with gamechannels that brick or might brick the wii, so I will implement a check to make sure my tool refuses to build these channels and gives a warning. 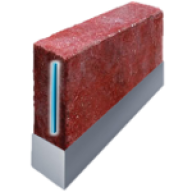 XFlak said:
... you should make sure to block making channels for a boy and his blob (causes banner bricks).
Click to expand...

But if anyone is desparate for ABAHB then I fixed the wad to prevent bricking:
http://gbatemp.net/topic/203524-bad-wad-bricked-my-wiihelp-me/page__view__findpost__p__3487728
Reactions: 1 person
L

XFlak said:
... you should make sure to block making channels for a boy and his blob (causes banner bricks).
Click to expand...

Hm I don't know if anyone is really interested in this fix, but if there are enough people who want it and with your permission of course, would you mind if my tool would build the channel for a boy and his blob with your modified .dol file inside? (of course you would get all the credit you deserve)

EDIT: And I just found out that the banner of Mario Party 9 (PAL) causes a banner brick as well, at least for me. Probably should add this to the list of games to avoid building a channel for.

it's his modified banner\WAD that you need to use, not the dol. Assuming you have his permission, you just need to pack the appropriate forwarder dol (either made by your app or CRAP) into a WAD using his modified banner instead of the original.

Always happy for anyone to use anything I've made for the Wii.
L

wilsoff said:
Always happy for anyone to use anything I've made for the Wii.
Click to expand...

thanks a lot, I will be sure to credit you if I really end up using it. It might not be in the first version, but I will implement it for sure sometime.

F
Has anyone tried this?

@ M4x1mumReZ: It's just full on garbage, and I remember hearing about the internet trolling about it all 17 minutes ago
Chat 1