Hacking .CIA will not load - FBI/BBM

I'm having trouble getting Dragon III Code VFD (DCVFD) .cia to work. Here is what I did:

Exited FBI to main menu of 3DS, saw 'new present' icon, and clicked to see DCVFD icon. Trying to run it made the black screen with red waves and Nintendo logo show up, but it did not continue from there.

Is there anything else I can attempt?

CFW is Luma from last week, and emunand is updated.


EDIT: I should add, no problems with installing and running other .cias, except for Link to the Past which gave me an 'invalid .cia' message or something similar.
Last edited by jericho129, Jul 20, 2016

I think something's wrong with your cia upon installation. If you install it are you able to go to the eshop and then repair it? Maybe that'll give better results.

Edit: Here's a how to repair from eshop if you're not familiar with it.
http://en-americas-support.nintendo...he-nintendo-3ds-download-software-repair-tool
Last edited by 8BitWonder, Jul 20, 2016
J

It's checking now - thanks I hadn't thought this was an option. Will post back results. 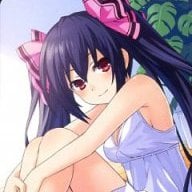 It's probably a CIA file corruption rather than any other possibility.

1. Resuming DL & Mutithread DL always cause CIA file corruption.
Make sure you didn't use both of them.

2. Don't trust .CIA downloads.
If the provider only provides that, ask him to provide .7z or .rar with Recovery.
If the provider refuses to do that, you can say he uploaded a corrupted file to waste downloader's time.
Last edited by MelonGx, Jul 20, 2016
J

Went to eShop to repair installation (selected software from eshop and repair option was visible scrolling to bottom). Chose option to check installation, eShop said no errors found but offered me option to download software again - I did. It downloaded the entire thing again and now it works. Thanks 8bit for the suggestion.

Melon my problem was that I trusted my download since I used FunKey to download raw data straight from the servers. FunKey program then converted raw download into .cia - no reason I should suspect anything here which is why I did not know how to proceed.
Reactions: 8BitWonder