ROM Hack .CIA from .3DS doesn't run on my system 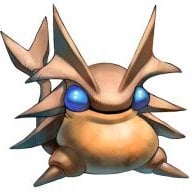 It's not the only thing that doesn't run. I've made several CIAs today from .3DS .GB and .GBC files and not one of them has started. On top of that, most CIAs I've downloaded don't run either. I have a couple of working GameBoy, NES and SNES CIAs but that's it, and they're all years old.

So what might be wrong? I tried 3DSConv with my boot9.bin and New Super Ultimate Injector for 3DS. None of the resulting CIAs worked at all. They all installed OK, but none run. I installed them using FBI and ran them in Luma3DS 10.0.1 EmuNAND. From what I've read all these formats should work in this scenario, but they don't. EmuNAND version is EUR 11.6. I could update it to 11.9 but I don't expect that will achieve anything since all the ROMs should all work on this version.

Any ideas? It seems unlikely that every ROM I've tried is bad.
Last edited by retrospect, Nov 2, 2019

S
How do you convert update files from .cia to .3ds?

W
How to convert nds files to cia files? There's a few DS games i wanna play on my homebrew 2DS