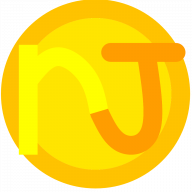 --not sure where to put this but i'm putting it here

i'm having some trouble with ds music extracting. normally i'll acquire ds music by extracting a game's music sdat in kiwi.ds and load that into vgmtrans, but for some games i just can't.
for example, super princess peach (sounddata.bin) and cats and dogs 2 (music.bin) both use the bin format. i can't use vgmtrans for any of these files nor can i find another program to use instead.
is there any way for me to convert the bin files like i can for sdats, or am i just stuck with some cool music that i can never do anything with?

btw, my goal is to obtain a midi and soundbank of some songs from these games

Not all games will use a sequenced format, especially if they are not using the SDAT format (internally the DS hardware supports PCM and ADPCM and the carts themselves are big enough to house a song or three whilst leaving room for the game).


Anyway step one is extension is generally a meaningless concept on the DS (the internals don't really care) so check to see if the format is SDAT but with a different extension. VGMtrans is usually pretty good at detecting things but might still be tripped up.
.bin is even more meaningless as it is the most generic extension possible (.dat being the only other thing vaguely in the running there), indeed do the games you are looking at have an ARM9.bin ARM7.bin, maybe a utility.bin, whole bunch of overlay_????.bin files and some others besides? They are all probably very different formats and data within, though none are necessarily* to do with sound.

*the utility.bin (usually found in a folder called dwc but not always) and sometimes [something].srl are actually another ROM and are the download play component. Sometimes these will have audio in as well and if you only want to rip it then it might be a better option.

I do have a thread detailing some of the other formats seen
https://gbatemp.net/threads/the-various-audio-formats-of-the-ds.305167/
Somewhat surprised I had not seen super princess peach mentioned before (it has some hacking interest in the past) but hey.
But yeah known formats seen elsewhere on the DS and known formats seen elsewhere in computing/audio tending to be what we saw when SDAT was skipped. You might get unlucky and it being a new custom thing.

Speaking of ripping things you can use an emulator for that and loop back. Maybe use some cheats to get through the game faster, or if there are a whole bunch of files or aspects of a file you can do something similar to the music swap hacks and point say the main menu at hidden boss sequence and have it play instead all whilst not knowing what the format actually is.
That however is not going to give you a soundback/sound font/instrument list and associated sequence as much as just something you can play back.