Location
somewhere near my school

Hey, so yeah I got my 3ds pimped up and this was around the whole soundhax and fasthax business. I've lurked around a few threads on sighax but I still can't wrap it around my head.

Can someone please explain it in a noob-friendly manner for all of us. Make a new thread and link it if you can but if at least the casual community can get some information it would be very great.

All you really need to know is its going to be the a9lh replacement once its released.
J

Location
somewhere near my school

Yeah about this, I did about like 10 more minutes of lurking i'm good now. Thanks for replying tho. I hope u have a nice year. 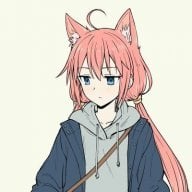 Location
the deepest depths of hell.

SigHax is essentually a way to get the signature nintendo uses to sign their firmwares for the 3ds. With this we can sign our own firmwares, and make a true custom firmware.

The (still not publicly dumped) arm9 bootrom contains code to verify the signature on the NCSD nand header (partition table) and kernel partitions.

A "bug" in said code makes a fake signature easy to bruteforce; not as easy as Trucha bug of the Wii (where it could really be a 1-byte challenge) but still much simpler than the full whatever-bits of the signature

Like arm11 exploits, sighax is useless by itself, but it can be implemented in other applications, like a future "free a9lh" replacement, not based on a N3DS-kernel's secondary exploit, but 100% homebrew code just reading arm9loaderhax.bin from nand/SD

This in turn means that, on every 3DS vulnerable to sighax (and they're likely not going to create a new CPU with an updated bootrom now),
1- they will forever be able to install this "free a9lh" with a hardmod (or arm9 exploit), regardless of version and without any downgrading
2- repair consoles with a corrupted nand and no backup

While completely unrelated from sighax, the bootrom being dumped (a de facto prerequisite for sighax) will also mean the ability to decrypt titles directly on a PC (so, more convenient romhacking and emulation)

Plus, while not exactly exciting points for most people:
3- modding will be possible with 100% legal downloads (no more need for 2.1 mirrors, data input v3, ...)
4- Richard Stallman might consider buying a 3DS
Last edited by Ryccardo, Jan 22, 2017
Reactions: Rei Rukh, jengablock15, Skyshadow101 and 2 others 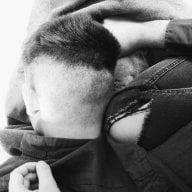 There you go. As Detailed as Possible.
https://gbatemp.net/threads/sighax-updates-and-discussion-thread.454821/
Reactions: Zan'