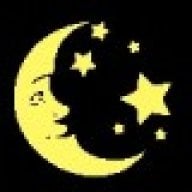 Hi, these days I've been playing vWii emulators instead of wii u's retroarch for a few reasons:
1. Easy Gamepad brightness adjustment (start+up/down)
2. Can completely shut down Gamepad by holding its power button for a few seconds, then be able to turn it on again to continue playing session.
3. Haven't noticed any major issue in performance comparing to retroarch.
4. Anything is prettier than retroarch's gui (LOL).

Anyways, I noticed a few issues:
1. Disc inside the wii u keeps spinning while playing vWii injects, why does this happen?
2. There's overclocked versions of several vWii emulators, but haven't noticed any difference in performance between the two versions. For instance, snes9x, Super Metroid runs slow in certain areas (still very playable though) and then I tried the overclocked versions (running c2w patch before of course) and the same exact slowdowns are there... so what does it really do?
Reactions: Moscatelli