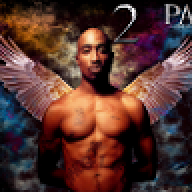 as I read in some threads over here, all it would take to make my Wii a clean system again (after Riiskii Mod) is to upgrade to 3.4 (I first used Wario Land TSD but it would stay at 3.2E and then used the Wii's build-in update option and finally initialize the console) and then downgrade to 3.2E using TH + HBC.

My problem now is that my ORIGINAL Zelda TP won't load anymore (although Wario Land TSD works!). When I launch it via Disc Channel my Wii stays at a black screen, the Wiimote loses connectivity (and won't re-connect) plus the reset-button won't work either. All I can do is shut it off by holding on/off.

Shame on me if this a known problem and has been discussed before but even though I searched the forums all I found was related to backup discs leading to a black screen...

Any help would be appreciated!

Do you still have a Hacked Zelda Save ? Try to delete it...
S

Do the regions match? NTSC zelda behaves like this on my PAL wii - but works OK if loaded through Gecko OS.

No, neither was a savegame left on the Wii nor was my SD-Card inserted.

But I finally fixed it by myself! I don't know what the hell happened during the first update to 3.4E (and it then definitely WAS on 3.4E!) but after I've just made another attempt to update, it updated a second time! Just to be sure I did a third time but it then said it was already up to date!

Sorry for wasting your time but I didn't thought I would take this on my own! Hopefull this thread will be of help for some other lost soul... ;-)
A

Does any games load at all?

When trying to open Wii Settings, it shows a black screen.