What is the best posibble chip that's availabe in China?
I want to play Gamecube games and other games for Wii.

Dunno anything about wii so just need info in the chip

why get a chip when u can softmod?

if its a NEW wii, u cant play backup DISKS with the drive... not a problem for wii games because u can play them off a USB hard drive, but to play gamecube games u need to replace the new d3-2 dvd drive with an older one (or get an sd gecko and u can play then when emukidd releases his new app to play GC games via an sd gecko)

old wii's can do everything without a modchip

new wii's can do almost everythign without modchip

I agree. Softmodidng is free and easy but the WODE is supreme. Wiis DVD drives die after a while so you want to be loading from HDD if you can. The best way to do that inho for GC games is a WODE.

So if you've got the cash get a WODE, if not softmodidng is the way to go until you get the cash together for a WODE. 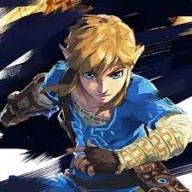 WODE for GC games on HDD...
Softmodding for USB loading and WiiWare

Wode is a nice very nice product.
Especially now with the new hardware approach.
And there is a new upcoming coverflow-like interface.

A mod chip can't do that, so if you only use a mod chip and have a few games with big saves expect to "juggle" them around when you want to play.

Hacking Please Help with my Wii !!!