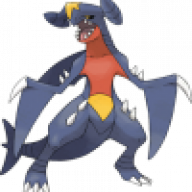 Which capture card is the best for all systems in general, because i have a Xbox 360, Wii, and a Playstaion 2 and want to record decent quality videos. Im only looking to spend about $20-$50/$60 on one though. Also could i get a guide on how to hook one up properly if you can do that on GBAtemp?

Anything with a "game" mode (which eschews post-processing and compression in favor of lowest latency) will prevent the lag that plagues "normal" cards.

Umm...could you explain that to me, im basically a noob at flash carts and know little about them please.

Okay, normal capture cards are NOT meant for recording of live gameplay. They're meant to record stuff off of TV and DVD players and camcorders and stuff. Stuff where it doesn't matter if there's lag between when you press a button and when the action happens on the screen (like changing the channel with modern cable).

However with video games, if there's lag between when you press a button and when you see the action, you're generally going to suck, die, and not have any fun and end up with nothing more than a recording of you failing terribly at the game...

This is because cards spruce up the video a bit (in various ways) for displaying and recording (and modifying live) on your computer. Well, some cards have a "game" mode, meant for playing games. This turns off the extra features and such so that the game can just stream to your screen without the delays. This lets you actually play them properly.

It's sort of like the "clean" mode some flash carts do that will bypass new AP, at the cost of cheats and soft-reset.

Ah i get it now....so what would be a good "game" card to buy for not too much? Thanks for the input

I forgot another note. Don't get USB. They most often suck for games. You'll want an internal card (PCI-E X1 or whatever if you have a PCi-E slot, otherwise PCI).

As for specific cards, the only recommendation I see is the Hauppauge brand, and I don't know how exactly they state their game/clean/fast/whatever mode.

OK, i was about to get a USB too XD....thanks Rydian again!!

I did some reasearch on the capture cards, the best one in my budget is the Dazzle...not sure if i should get 100 or 170 DVC....I really need a guide on how to set it up properly because i researched and you need splitters and stuff but extra stuff for xbox 360....im really confused about it all.

@ Psionic Roshambo: Someone needs to take over a hundred or two of my Facebook girls lol 46 minutes ago
Chat 0