Misc Anyone with: 2 3DS consoles, each with a copy of MK7 and wifi?

Can you connect to the same access point and play lag free? I ask this question because I have been pulling my hair out since January trying to figure out why when I connect two units to my access point and begin a race in mario kart, our entire connection slows to a crawl, upwards of 2k ping. But it's ONLY with Mario kart. 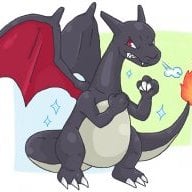 How fast is your home internet? It could be a bandwidth problem.

I've only tried it one time because the other 3DS in the house is my 8yo daughter's and she can't hang online (surprisingly though, she can kick your ass on a battle course). So we usually just use local multi, but we did try wifi once just to show her how she could race with friends. As far as I can remember, no problems at all.

It is nice having 2 3DS's in the house ... you can keep streetpassing with each other and both eventually become level 7 fighters in Find Mii.
A

I have 2 Copies of each and they work great, could be your internet, my sugestion is that your internet should be working at 3Mbps,try and run a test at Speedtest.com from ur Computer
J

Yeah, after getting some feedback on another board, a lot of people are suggesting that it's a bandwith problem as I clock in at 1.5 mb/s

I just wonder how that would work when the rest of the network can be on at the same time and the only issue I have is 2 copies of Mario Kart going at once.

Thank you for your posts, much appreciated
M

I'm currently in South America, and the internet where i am exactly is lack luster, my ISP somehow locks my modem or some such making a router next to useless, 2 psp's running and it caused interference with eachother, it seems that they were using the same IP or something, so try to give them seperate IP's and they stopped interfering with eachother. With new 3ds's the same problem was occuring, don't use a router anymore but instead use a wireless usb with SoftAP, still needed to input the IPs as seperate numbers. No problems now, play MK7 all the the time. Hope it helps.