PS1/2 Any way to fix this PS2 controller? 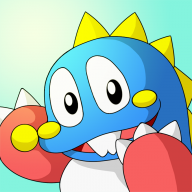 Pardon me if this is the wrong site to ask this sort of question, but I wasn't sure where else to go.

Long story short, I recently obtained a PS2 and it came with a somewhat faulty controller (black, Sony, first party). All the buttons work fine and all... it's the left analogue stick I'm having trouble with.

(I'm going to go by numbers provided by that padtest.elf program you can download and run off an actual PS2.)

When I first plug in the controller, the left analogue stick will work just fine. I can move it in any direction and it'll show the correct numbers, but when I press it down, that's when things get really weird. It seems when I press L3, this causes the controller to register movement as an instant -1.000000, -1.000000. In-game, this causes the character to move north-west at maximum speed. Letting go will cause the character to stop, but then the analogue stick will no longer perform as intended. It seems after hitting L3, tilting the analogue stick to the left now registers around -0.900000 (give or take), which limits a character to walking speed (which can certainly affect jumping in games and such). The only way to fix this is to unplug and re-plug the controller and it'll go back to normal after that... until I hit L3 again, which will cause the issue to return.

I took the controller apart and did some further testing. With the casing completely removed, I pressed L3 again, which of course still registers an instant -1.000000 / -1.000000. When I tilt the stick to the left, it surprisingly registers as the proper -1.000000, instead of the aforementioned -0.900000(ish). However, now it seems like when I rotate the analogue stick, moving it to the down-right position causes the controller to, yet again, register as -1.000000 / -1.000000. So instead of moving to the south-east, I'm back to moving north-west again as if I was pressing L3 like before. This seems quite dodgy though, as sometimes it'll happen, sometimes it won't. Strangely (and I've no idea why), this won't happen if the controller innards is put back in the casing.

(And in case I didn't make it clear, because I was a bit sleepy when I typed this, I'm not holding in L3 and then moving the stick when I do this. I am actually letting up on it when I move the stick around.)


Anyone have any ideas how I can possibly fix this thing? Yeah, I know, I should just buy a new controller... truth be told, I do plan to eventually, but I'd like to keep this one as a backup in case something ever happens to the new one or I need a second controller. I suppose if push comes to shove,I can just play the games and try my best not to accidentally press L3... but if I ever do come across a game that requires it...

In any case, any tips will be greatly appreciated.

Well, it seems I was able to fix the controller after all... through sheer dumb luck, but it's fixed non-the-less.

After toying around with it for a bit, I noticed something rather odd.

(Not sure if this is the exact circuit board of the PS2 controller, as I found this on Google Image Search... but for arguments sake, let's just say it is.)

You see those four tiny juts (marked by red circles) that stick out of the circuit board? It seems when I have something flat and solid pressing on all four at the same time, the analogue stick, oddly, works perfectly. I didn't even think to do this, honestly... I just noticed this change in behavior when I had it out of the casing and laying flat on my table as I kept pressing the L3 button (while looking at padtest.elf). Well, using a rather crude fix (which involved a thin piece of plastic and an eraser), I was able to construct something that keeps the four juts pressed at all times while the controller is inside the case, and now the whole thing works beautifully.

I don't know why, and I don't know how... but the thing works perfectly now, so I'm not going to complain one bit.

A
Need advice what to do with problematic analog stick