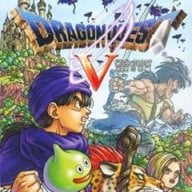 My acekard 2i is doing last time wierd : as you seen there are problems :

First i'l have a freeze problem , but when i'l turnet a little paper between the micro SD card it never freezed again

Also this all happens when i'l switched to AKAIO

I'l think i'l put everything again on my ds with AKAIO with the PANASONIC FORMATTER
BUT .. Should i'l fast format with it or quick

Maybe someboddy can teach me how i format my SD CARD safatly and put AKAIO without problems.
Thanks (sorry for my broken english , i'm not english and so good ad english)

Close it softer? Apparently with the dsi if it loses connection to the game cart it will turn off. AKAIO =/= hardware problems.

because your not very good in english, and your dutch, i'll write it in Dutch with the English translation beneeth it.

English translation:
It doesn't matter how quick you format, as long as it is on FAT32, it's not a problem. And how to put AKAIO on is in the wiki and you can PM me if you've got any problems. In short: you download AKAIO 1.5 from filetrip or somewhere else, and you copy all the folders onto the root of your SD card. then it should work.
R

scrtmstr said:
because your not very good in english, and your dutch, i'll write it in Dutch with the English translation beneeth it.
Click to expand...

This is a great thing about having such a large community willing to help, worldwide.

scrtmstr said:
because your not very good in english, and your dutch, i'll write it in Dutch with the English translation beneeth it.
Click to expand...

This is a great thing about having such a large community willing to help, worldwide.
Click to expand...

it is, just hoping that i won't get a warn

I just experienced this in Lunar knights and found this thread googling for it.

I have a DS lite and the Acekard 2i with AKAIO 1.5.
(Edit: Or well, now I don't remember, maybe I just read the news and never upgraded, oh well, guess it may be 1.4.1 proper/final whatever it was called. Can't remember doing anything with the loader atleast, but the old one isn't supposed to work with 1.5 so I guess I may not have upgraded at all. Still an old game so ..)

Two or three times lately while sleeping the game have said that the cart had been removed so I had to restart the DS.

And then now while making it sleep it made clicking noises which I thought came from the speakers (sounded like the card area though) but lowering the volume level didn't helped.

Also the power led flashed faster and if one opened it a little but not enough to go out of sleep the screens flashed white-black-white-...

Guess the frequency of the flashes of screens and power led and the "drumming" noise was the same.

Ideas what it may be?

Weird answer from this guy:
http://techforums.nintendo.com/nins/board/...;thread.id=3794

"If you clean the contacts on the game card, this problem will go away."

I do wonder ... Though then as I said the game have informed me it had lost contact. Is that something which users normally experience with the Acekard 2i?

I also remember a friend which ones while drunk got to borrow my DS and then he checked it out tried to pull out my then passme card without pushing it inside first. I have no idea how hard he pulled and if that may have damaged anything. Guess I wouldn't notice if it just affected the DS occasionally since the passcard would make the rest of the reading and writing to be done to the slot 2... And well, I kinda have only played lunar knights on the acekard 2i came to think about it. 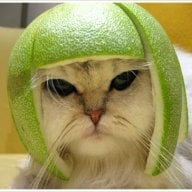