Hey guys, thanks for helping out this Wii hacking newbie. PSP hacking is second nature to me but the Wii stuff is a bit different so I have some questions.

So I hacked my Wii using the Banner exploit and have installed the homebrew channel, custom IOS and USB Loader GX. So far so good

1) Wii Updates - Is there any possibility that it can "Auto update" itself without prompting me from either the menu or ingame? If so how can I prevent this from happening? Does there exist an "Update blocker" ?

2) Gamecube games : I hear you can play them via disc, does any loader support them via USB at present?

3) What is the general state of emulators (particulary Nintendo 64) on the Wii at the moment ? Is the classic controller a must? Or is there a way to play them with the standard Wii remote + nunchuck? (From either virtual console or emulator) ?

Thanks so much for your help!

(My Wii system version is 3.1 if that helps)

1) no, it will not update without ur permission, but this can be blocked using priiloader or startpatch

2) no, people say its next to impossible as the gamecube never had usb support, the mios used on the wii to run gamecube games also doesn't have usb support

3)wii64 supports any controller u can think of (wiimote, wiimote+nunchuck, classic, gamecube controller). If your into n64, u HAVE to check this out, I just got one, and confirm that it is working!! http://www.raphnet-tech.com/products/n64_t...hp?category=All
Z

Any homebrew you guys would recommend? Either apps, games, hacks, etc? 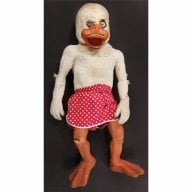 zackwii said:
Any homebrew you guys would recommend? Either apps, games, hacks, etc?
Click to expand...

As xflak40 mentioned, you should have priiloader(or preloader) installed with the system menu hacks (specifically the hack that blocks disk updates.)

You should also have bootmii installed as boot2, if possible. This will give you some protection against future bricks.

Also, check out xzxero's guide on updating to 4.2.

Emulation:
FCE Ultra GX (NES)
Genesis Plus
Snes9x GX
GBA/GBC/GB
Wii 64 (check out the compatability list AND the comments for every game you plan on emulating)
The complete list of emulators can be located here.

edit: Since you're new to Wii hacking, I'll leave you with this bit of advice. Oftentimes, I have found that Wii hacking requires A LOT more reading and knowledge of what is going on compared to psp hacking. Modifying a Wii can get complicated and risky, especially when Nintendo releases a new update. If at any moment you don't think that hacking a Wii is worth all the extra effort, then you can return it to it's original "virgin" state. However, if and when that day comes, you should research what you have to do. You can't simply just format your Wii or uninstall certain ioses as this can cause a full and unrecoverable brick.

In short, read up on what you want to do before you do anything.