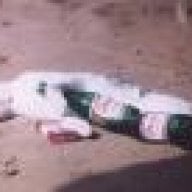 A friend wanted to buy my Switch so I saved the license files, wiped it and setup a new emuNand (stored as files on the 400GB microSD card).

Copied the saved license files to the microSD card and when I booted into CFW it hung.

My friend really wanted it but since I couldn't boot into CFW after it activated and created the license.dat file I figured something must be wrong with the old license or dongle.

Since he wants it like yesterday I decided to bite the bullet and use a new SX Pro kit that I had on the shelf and was going to use on my next Switch.

I went through an online and then offline activation but ended up in the exact same problem, it hangs when booting into CFW.

Any ideas on how to get CFW working again as I am at wits end and afraid I've burned thru 2 licenses and it still isn't working.

With Atmosphère CFW, you won't have any license issue.

OperationNT said:
With Atmosphère CFW, you won't have any license issue.
Click to expand...

SX License only work on the switch it is activated on.

The only thing that I did differently on the Emunand setup was have it as files this time instead of a hidden partition.

I re-did enumand as a hidden partition and it worked.

Does anyone else have problems with 2.8 and 8.1.0 with enunand as files instead of a hidden partition?

So there is a bug in 2.8 that causes activation to fail if the emunand is on files on the microSD card instead of a hidden partition.
L

The bug you're facing, if any but possible, isn't in activation but in emunand. If sxos isn't active it boots in sysnand but when you reboot after activation it tries to boot emunand and for some reason it fails with a file based one. In every case is always recommended to have a partition based emunand than a file based one that can be far more easily corrupted or lost
H

Switch can boot into CFW, but not into OFW/cfw(sys).