Hello, I got 2 Gateway 3DS and I'm currently trying to set them up for my roommate and I. I got everything up and running on my 3DS just fine, but I've run into an issue with his 2DS.

Whenever I press Select and choose a game, it periodically flashes as it detects a game and nothing. The game's title stays up for half a second maybe one in twenty tries, and after 30 seconds the 2DS just freezes.

After doing some research, I believed it to be an issue with the pins, and I stuck a thrice folded strip of paper to wedge against the cartridge, and it worked just long enough to start Classic mode in Smash Bros 3DS before it said that the game cart was removed. This pretty much convinces me that I have one of two issues:

1. I have a faulty cartridge.
2. The Gateway was not designed for usage with the 2DS.

According to many others, certain 2DS work fine, whereas the 2DS they own is the only one out of all the 3DS, 3DSi, and 3DSXL's that aren't working.

Does anyone have a suggestion for how to try and make it work?

Gateway is the most buggy on the 2DS right now. Really the only thing you can do is wait for their next update and hope it addresses some of the issues for the 2DS.
Reactions: DSlite2

Use the Panasonic SD Format program and do fat32 & 4k sectors. That is what should be on my SD card that works. 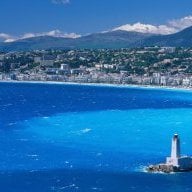 I have had zero issues with my 2ds

Hardware Does the ABXY circuit board of a New 3DS XL works on a Old 2DS?

@ sombrerosonic: i think its dead now 53 minutes ago
Chat 0