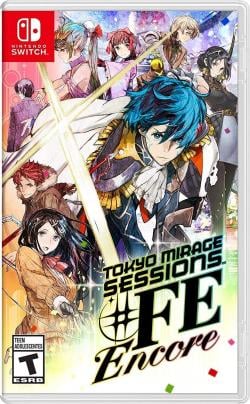 Nintendo has set the stage for a new-old JRPG, giving Nintendo Switch fans a chance to play 2015's Tokyo Mirage Sessions #FE on a new platform. Was it worth the re-release?

As much of a critical failure that the Nintendo Wii U was, the console had a handful of incredibly strong first-party titles. Games like Donkey Kong Country: Tropical Freeze, Mario Kart 8, Hyrule Warriors, and even the Nintendo-published Bayonetta 2 were all fantastic, and loved by many. What all these games have in common is that they got a second chance on the much more popular Nintendo Switch. It’s a smart plan on Nintendo’s part; porting pre-existing Wii U games means bringing older titles to a willing new audience, and it fills the gap between months where game releases are dry. The latest of which to make the port-journey is Tokyo Mirage Sessions #FE, otherwise known as the result of the much-hyped SMTxFE crossover. Now riding off the heels of the recently released Fire Emblem: Three Houses, and before next month’s Persona 5: Royale, there’s no better time to experience this JRPG.

For many, the idea of marrying Fire Emblem with Shin Megami Tensei sounds like perfection--that includes myself, as I utterly adore both franchises. Despite that love, when Tokyo Mirage Sessions launched on the Wii U, I never managed to complete it, mostly in part due to never wanting to actually drag out the oft-neglected console out for a single game. For the longest time, I always wanted to go back and complete it, but instead, it sat on my shelf gathering dust, watching as I went on to play a bevy of other JRPGs. With the transition to the Nintendo Switch, that's no longer the case, and as the game booted up for the first time, I found myself excited to finally give TMS#FE the attention that it deserved. 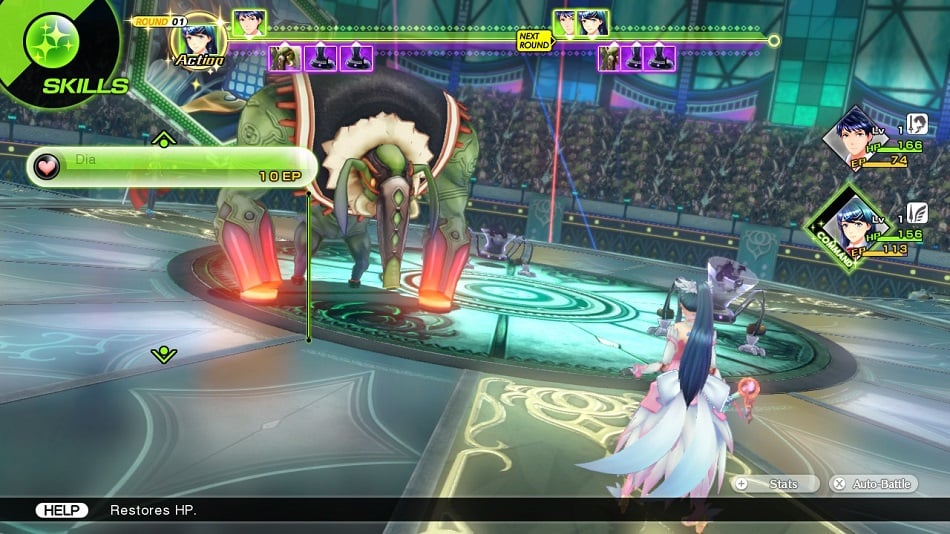 There’s a definite dissonance when watching the game’s first cinematic cutscene, where Fire Emblem music plays during an animation style that looks identical to that of Persona. From the intro cutscene and boxart alone, you'll notice more of a lean towards Persona than Shin Megami Tensei, with the anime-ish artstyle, the colorful designs, and the focus being on a younger cast of school-age characters. Regardless, the execution of all these elements is fine, but on a surface level, it doesn't look like either game that it's trying to take from, and the only way you'd ever be able to notice that this is a crossover is from the sound effects, spell names, and character cameos.

The gameplay, on the other hand, is a veritable melting pot of different mechanics, borrowed from both series. In battle, you'll be using demons that you fuse with, or pseudo-Persona, equipped with familiar skills; Zio, Agi, Dia--they're all here. On the flip side, upon leveling up, an RNG roll will dictate which of your stats will increase, much like how it happens in Fire Emblem. Blending these concepts results in a game that plays great, and manages to keep you engaged with its battle system throughout your long journey.

Instead of utilizing enemy weaknesses to obtain multiple attacks in a turn, in TMS you'll want to take advantage of Sessions. These happen when you strike an enemy with a skill that it's weak to, and then follow it up with another character's equippable corresponding skill. It didn't give off the same satisfying feeling that knocking down a line of foes with a single spell does in SMT, but it does do a great job of mixing in Fire Emblem's "Pair up/Follow up" mechanic. 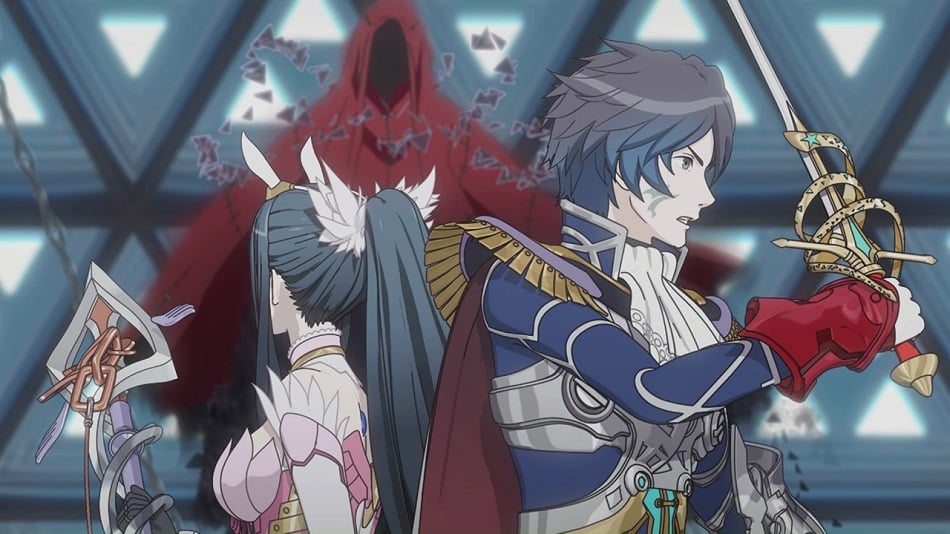 Where battles might have dragged on in the original, one of the few things that Encore adds to the port is a skip function for battle combos. This makes the constant fights and grinding levels a little less tedious, as you aren't dreading using type-effective spells since they'll trigger a long line of flashy animations you'll have seen a million times by this point. The additions made by the Switch port overall are quite minimal, but this is probably the one you'll appreciate the most. Other than that, Encore offers costumes for the cast to wear, which reference Persona 5, Fire Emblem: Three Houses, Shin Megami Tensei: Strange Journey, and even Etrian Oddysey. Having these cosmetic items is nice, and it's super cool to see the cast dressed up in outfits from the games that influenced TMS. In terms of substantial bonus content, new to the Encore version is an additional dungeon to explore, which not only adds more gameplay, but a lot of character dialogue as well, which, considering the game is very much character-driven, is a welcome extra.

Just like the original Wii U release, this game lacks any English audio. It would have been a nice bonus for the port to receive a dub, but considering that if you're a major Persona, Shin Megami Tensei, or Fire Emblem fan, you've likely immersed yourself with English-subtitled content before. Add to the fact that the game is specifically about idol-culture in Japan, and features many songs sung in Japanese, it almost feels more fitting that TMS is only available in its native, intended language.

What does serve as a mark against the game here is the fact that there is a lot of battle dialogue shouted out by your teammates, and not a single word of it gets translated anywhere on screen. There's never anything of major significance said during these battle cut-ins, but it's annoying nonetheless to only know what's being said purely because you've watched one too many anime series; simple subtitles wouldn't have been that difficult to have here, and though it is a minor grief to have, it cheapens the localization every time it occurs. 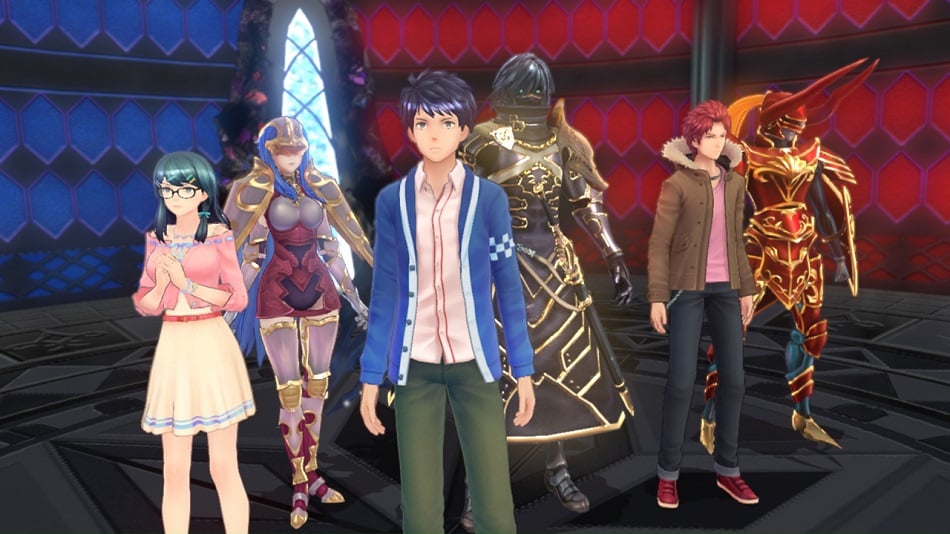 With both Atlus and Intelligent Systems at the helm of a JRPG, it's almost impossible to go wrong. Tokyo Mirage Sessions #FE Encore has found the perfect home for itself on the Nintendo Switch, giving players a solid game that exudes enough upbeat, positive energy to get you bobbing your head to the beat of the battle music, and smiling all the while. It might come off to some as a stripped-down Persona game, lacking a story as deep as games from the aforementioned series, but TMS's characters stand out, especially when it comes to seeing the demon-ified versions of old-school Fire Emblem characters.

This was, beyond a doubt, one of the best games that Nintendo could have brought over from the Wii U's library, and fans of anime and turn-based JRPGs alike will no-doubt love what Tokyo Mirage Sessions #FE Encore has to offer.