Electronic accessories manufacturer GuliKit is at it again with another Nintendo Switch accessory. This time it addresses one of the most complained about feature of the console: the battery. GuliKit has come up with a 10 000 mAh battery pack for the Switch that has quite the look. But don’t judge a book by its cover, right?

You might recall Gulikit from their Route+ Pro device that I reviewed earlier. With it, they cleverly addressed a glaring omission in the Nintendo Switch, the ability to pair Bluetooth devices, in a discrete manner. Designing discrete products might very well be one of the company’s forte as they struck the discrete look chord with their power bank as well. 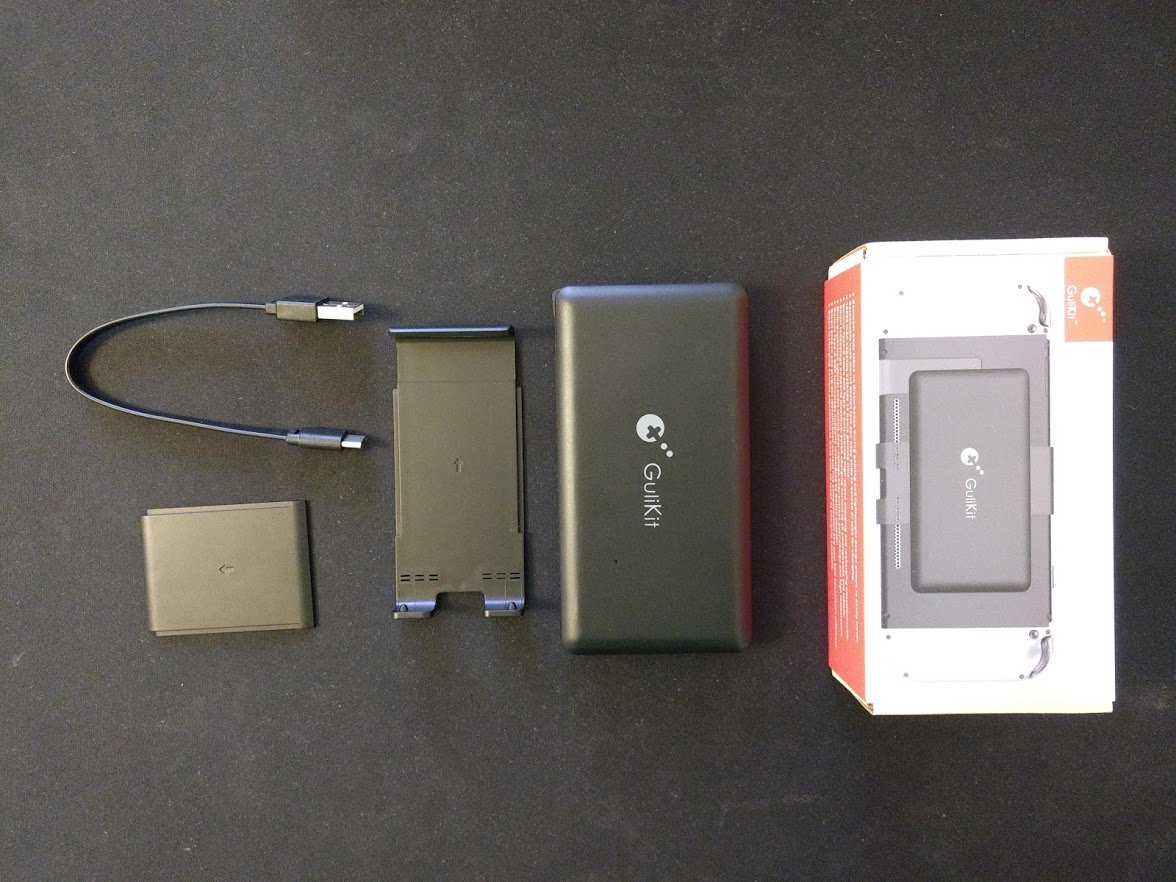 Yet another power bank?

At first glance, with its rectangular, brick shape and matte finish, this power bank looks like any other, used in particular for charging mobile phones and tablets, with the only noticeable difference being the GuliKit logo slapped on the back of the console. Actually, it can be used to charge such devices as well as it packs a standard USB-A port where you can plug any device’s USB cable and juice it up. As it seems to be standard with Nintendo Switch battery packs, you can charge your phone through the USB-A port while the battery pack is connected to the Switch. 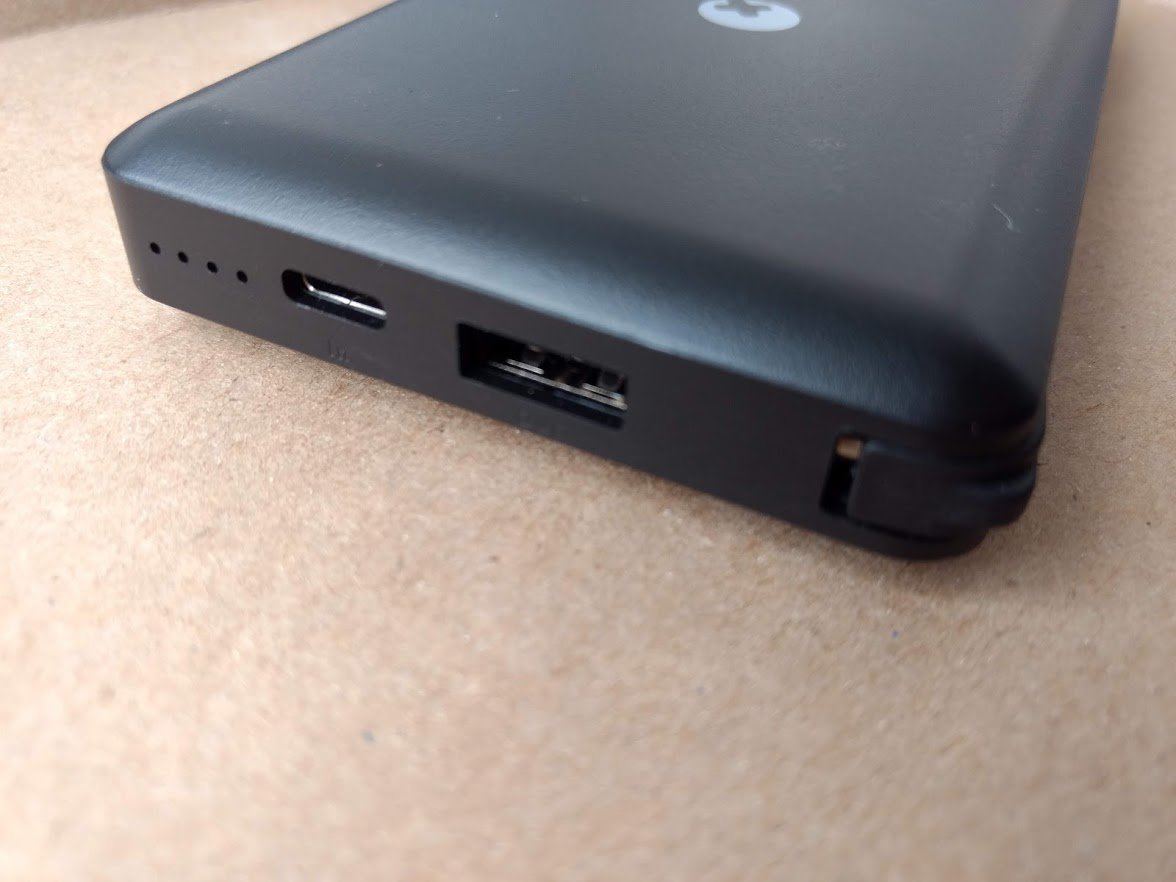 However, upon closer inspection, GuliKit’s power bank is no ordinary one. For one, it has a slider at the back that reveals a groove that mounts on the dedicated holder designed specifically for the Switch. The holder in question is pretty well designed with vents to prevent obstructing the system’s fans and heat dissipation. More than that, it conceals the power bank behind the console, making it almost look like you are holding a regular Nintendo Switch from the front. In many cases of dedicated Switch power banks, the add-on battery would be a chunky piece of hardware, ruining the svelte look of the Switch and turning it into a Franken-console-thing, but this is not the case with Gulikit’s solution. Those other massive battery packs like the Venom Power Pack can even hinder access to the cartridge slot, volume and power buttons. With the GuliKit Detachable Power Bank, just slide it on the mount, pull out the flexible USB-C cable and plug it into the Switch to start enjoying 10 000 mAh of extra power with no hindrance. Don’t worry about the power bank falling off as it securely locks into the mount once attached. 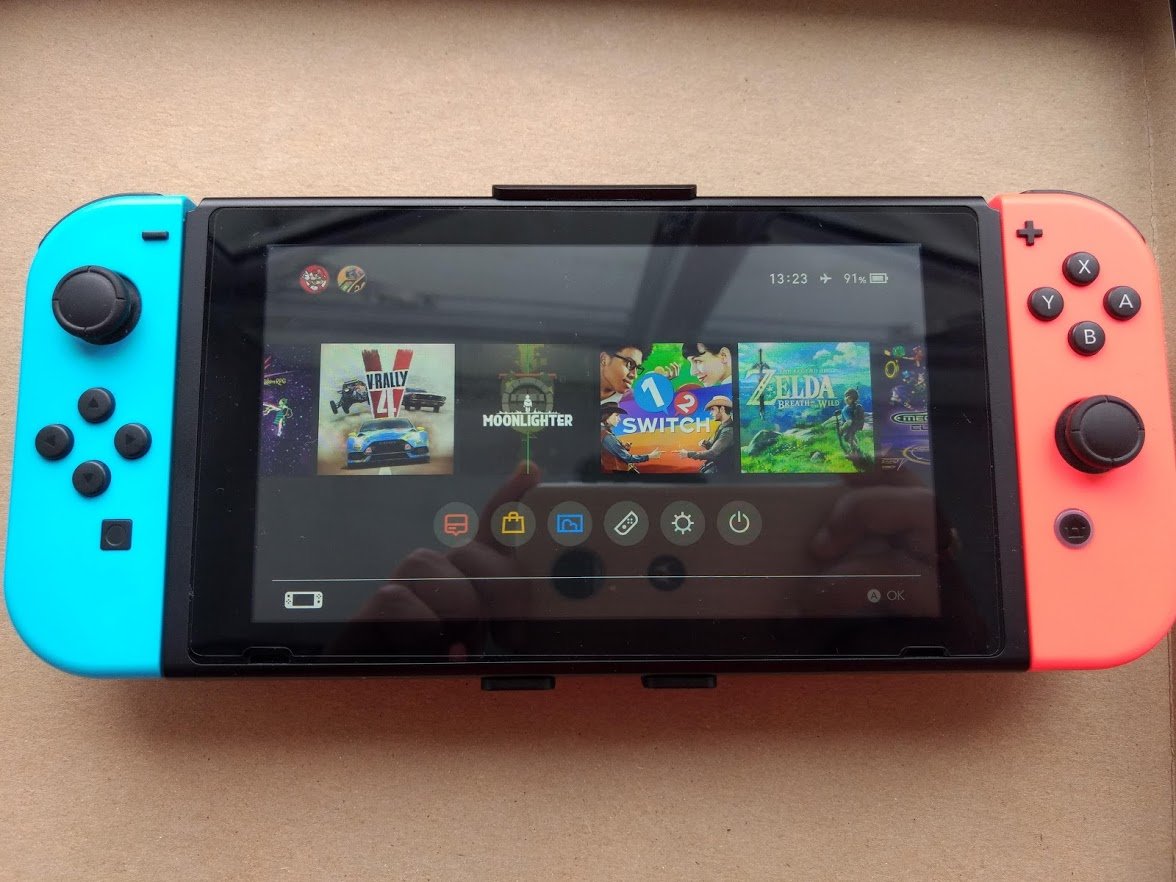 While the detachable mount makes for a compact design, it does pose some issues. I’d like to note that once the power bank is attached, it blocks the console’s kickstand, eliminating the ability to use the console in tabletop mode. Also, the amount of juice that power bank packs is indicated via 4 LEDs on the top left side of the device. However, once mounted, you will have to flip the Switch while gaming if you want to see how much power is left in the pack. A more ergonomic design could have included the LEDs on the piece of hardware that mounts on the console, allowing you to see the amount of power left without having to literally flip the console over. 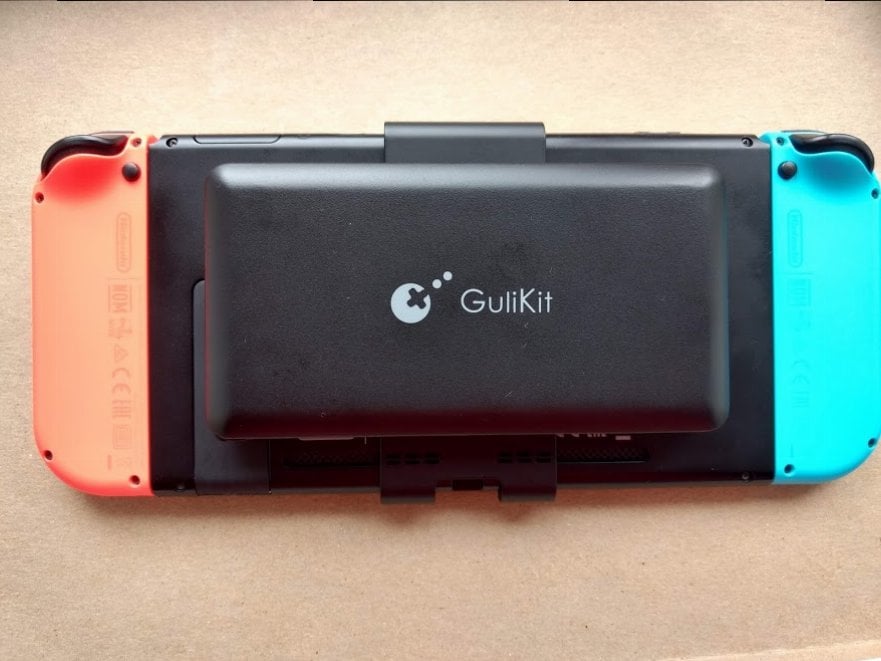 Of course, being a 10 000 mAh power bank, this one adds some considerable weight, 233g to be exact. This nearly doubles the weight of the console once it is mounted. While I don’t mind the extra weight as a concession for the extra juice (and also as an excuse for some minor workout), I can understand that it can be too heavy for a handheld for some gamers, especially younger ones. For such cases, you can just detach the power bank and use it to charge the Switch via the USB-A to USB-C charging cable included in the package. GuliKit seems to have thought of it all when it comes to accessing and using the power bank but how does it fare when actually using it?

Before diving into its performance, here are the specs of the device: 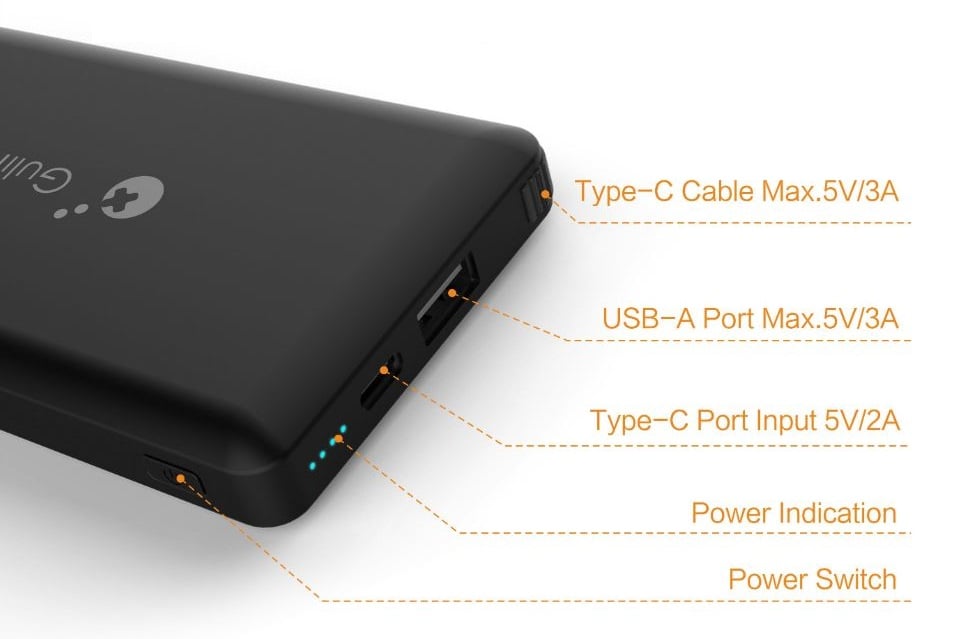 Officially, GuliKit claims that its power bank can extend your play time up to 10 hours after a single charge. This is the standard when it comes to those beefy 10 000 mAh battery add-ons but it ultimately depends on several factors. The type of game you are playing is an obvious aspect to consider. Big games like The Legend of Zelda: Breath of the Wild will naturally suck up more power and reduce the power bank’s life while less demanding games like 1-2 Switch can get you more than 10 hours of play time.

Other factors that will also determine the lifespan of the battery pack after a full charge include the system’s brightness and sound levels that you have set. While seemingly minor considerations, they do weigh in heavily when determining how much juice you’ll get before the power bank dies. Ultimately, the lighting conditions in the area you are playing will also factor in those parameters; you’ll likely use lower brightness in a dark room and low sound at night and the opposite will be true while gaming outside in a park for example.

At 30% brightness and 80% sound, you can expect the following results, which Gulikit claims and that I have corroborated with my own tests:

However, should you prefer something more comfortable or will be changing the brightness/sound settings of the Switch because you will be gaming under different lighting conditions, then the battery life of the power bank can drop substantially. For instance, I played Mario + Rabbids Kingdom Battle varying the brightness from 30% to 50% and adjusting the sound from 40% to 60% and ended up getting 311min (5.2h) out of the power bank from a single charge. While not a bad figure, and the power bank also charged up the built-in battery of the Switch, the result is almost half of what I would get under different sound and brightness settings. Do bear that in mind before jumping at the thought of getting 10 hours of extra gaming as advertised or while using any power banks for that matter. 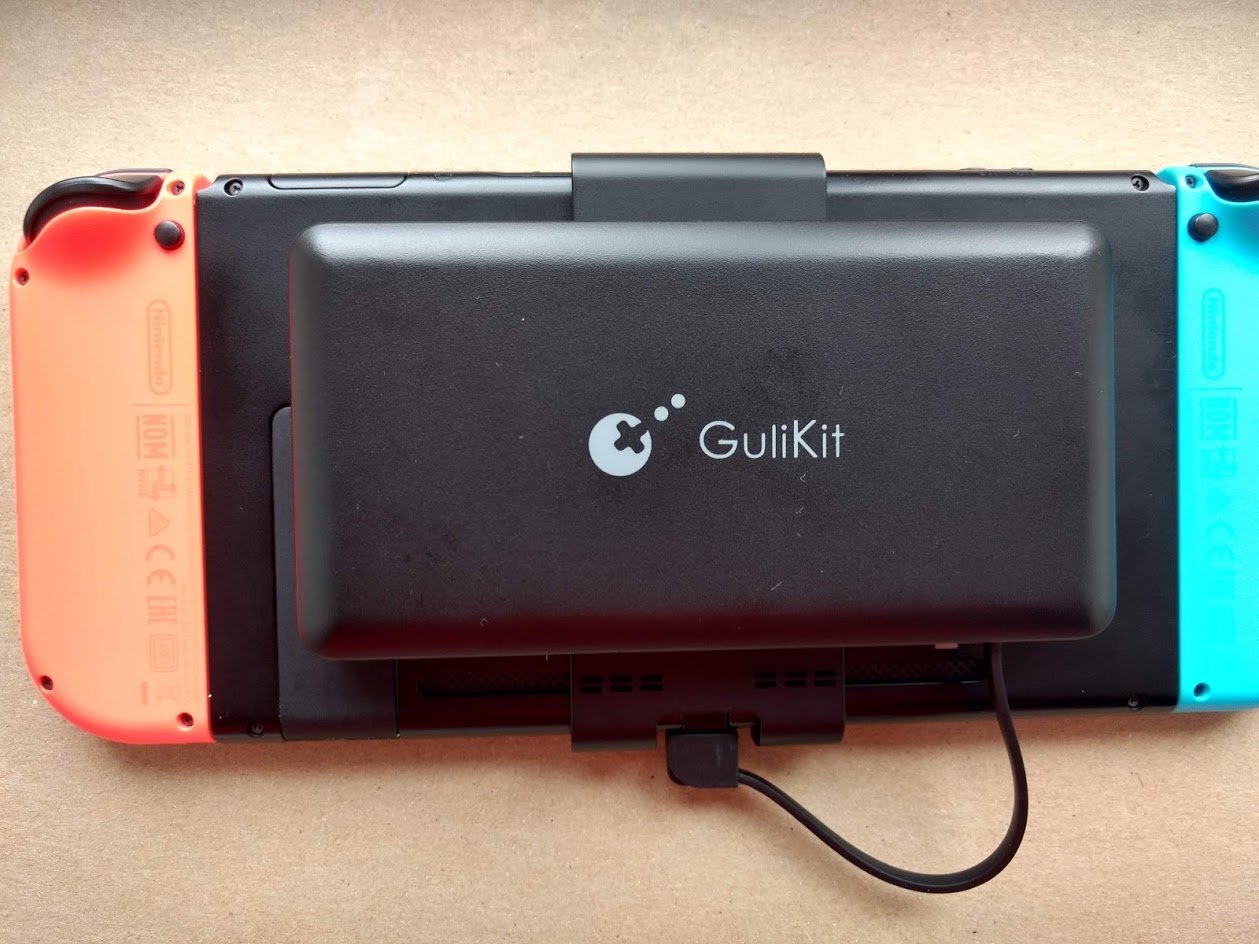 Reasonably priced at $38 on eBay at the time of writing, the GuliKit Detachable Power Bank is quite recommended for a dedicated Nintendo Switch battery add-on given its design, build quality and its ability to plug in other devices while in use.

Verdict
You, Dragonx41, Zumoly and 1 other person like this.
Unlike this review 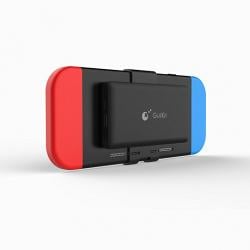