Hardware Yellow light of death - Correct me if I'm wrong 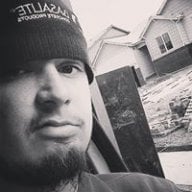 I replaced the 15 blade fan with a 19 and used the copper shims as well (Yes, I realize now that they're stupid and useless)

Well while I had my PS3 open I STUPIDLY thought to put thermal paste on my thermal pads (the ones on the vrm looking black boxes and the one on the North Bridge I'm assuming that's what it is) well, I fired up the PS3 and temps looked fine (I removed the shims at this point as temps were worse with than without them) and when I loaded MultiMAN, it loaded for a second then suddenly beeped and shut off. Now I have the yellow light of death. I opened it back up and realized my thermal pads are ripped apart. I tried to mash them back to shape and place them back on (they fit and were covering what they needed to cover) but when I put everything back together, it was still yellow lighted (Won't turn on, just yellow lights, beeps three times, then shuts off)


My question is, when I install these new thermal pads I ordered, is there a good chance that will fix my YLOD? It seems odd that it wouldn't even turn on if those thermal pads were the problem. It seems as though it would turn on then after awhile, lf overheating, shut down. Could it be something else, or do those VRMs and Northbridge chips heat up that fast that it wouldn't even turn on?

Thanks in advance guys.

Btw, this is the pad I ordered (cut to need)

@ NeoGaming: i just look up dank meme and found it 44 minutes ago
Chat 0