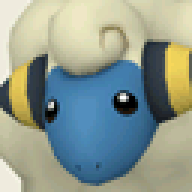 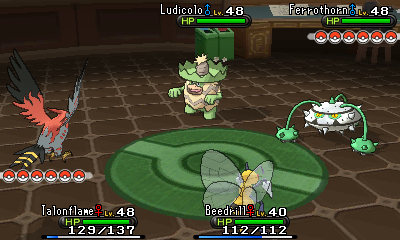 Pokémon Double X
and
Pokémon Double Y
Alpha 2​
All battles in XY, converted to double battles, with a steeper, challenging level curve. From the maker of Pokémon Emerald: Double Edition 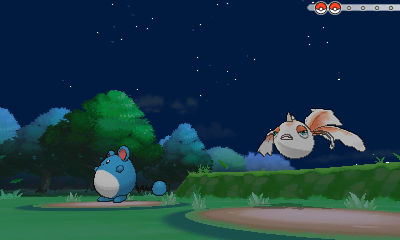 ​
IMPORTANT: As SOON as you get Pokéballs, catch at least one Pokémon. The game will crash immediately if you enter a trainer battle with only one Pokémon present.

Current features:
- Doubled up all the way to Coumarine City and Ramos, (provisionally) complete!
- Over 50 of the ~150 originally unencounterable Pokémon Pokémon added into the encounter tables. Never more than 8 per zone, and primarily replacing Pokémon that have already been seen in another area. 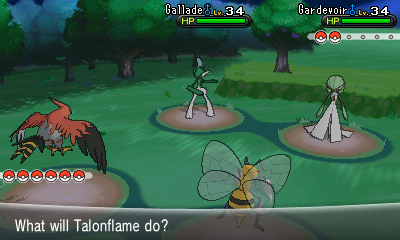 Changes from Alpha 1:
- Made Burmy trainer on Route 3 not spam protect
- Complete rebalance of previous trainers, specifically:
- First gym and fights up to it made easier
- Tierno first fight made a little easier
- Second gym made easier overall (no longer serves the "Final Boss of Alpha" purpose)
- Viola's Shuckle and Grant's Probopass made more annoying
- ...causing the EXP curve to be only (hopefully) 10 levels higher than vanilla instead of nearly 20 by Grant.
- Wild Pokemon have much higher levels, only a handful below trainers in the area, for easier grinding and easier team-switching

Upcoming features:
- The rest of the trainers in the game, doubled up.
- Encounter every single Pokémon eventually, in one place or another.
- Pokémarts stock more useful, doubles-centric items. 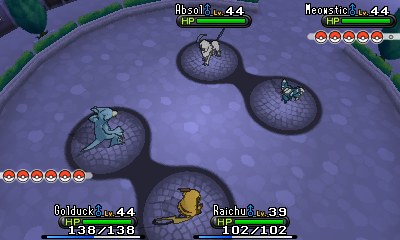 FEEDBACK WANTED ON:
- How do you play romhacks like this? Do you try and battle every trainer? Do you use items in-battle? Do you switch up your team often?
- The difficulty curve! Please test this and give me your thoughts. I missed the mark a bit by the sounds of it with Double Emerald, and was still a bit off in Alpha 1, I'd like to get lots more feedback this time round.
- The Pokémon placements in the overworld

- Sky battles freeze the game if turned into doubles. Sky battles are NOT safe. Don't do it!
- Talking to a trainer instead of letting them approach you causes a temporary freeze followed by the text box being empty, but the battle continues as normal.
- Game crashes if you enter a trainer battle with only one Pokémon. Get a second one ASAP.
- If you only have one Pokémon that isn't knocked out, you enter the battle fine, and send out the corpse(?) of one of the KO'd ones. It can't do anything and isn't targetted, and from a small bit of testing it seems aesthetic only, didn't cause any crashes or softlocks.
I also recommend leaving the EXP Share ON, the game balance assumes you definitely have it on. 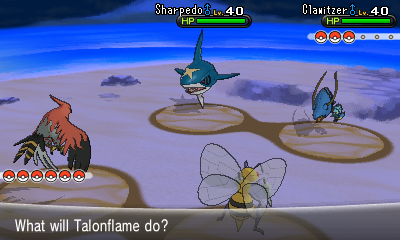 Double Y
mediafire
dropbox
Put the contents of the folder that tells you to onto the root of your 3DS' SD card, and with LayeredFS patching enabled, this can be used with a retail copy of X/Y!
If using an emulator, dump your cartridge, extract its contents (I recommend .Net 3DS Toolkit), replace the files in the RomFS folder with the ones in my download, then recompile the game and run with Citra.
If you don't want the wild encounters changed, simply remove the file in /romfs/a/0/1/ called "2".

Save files from older versions should always work with newer versions, and even with vanilla XY! There should not be any conflicts when using the same save file with different versions.

Thanks to Kaphotics for pk3DS, which is the lifeblood of this hack. Couldn't have done it without the tool whatsoever. 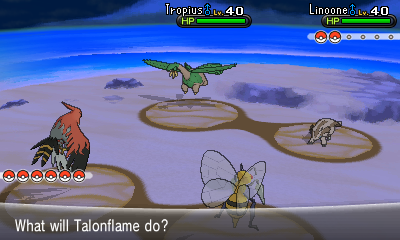 If you want to support my romhacks, you can buy me a coffee here! https://ko-fi.com/saiklex 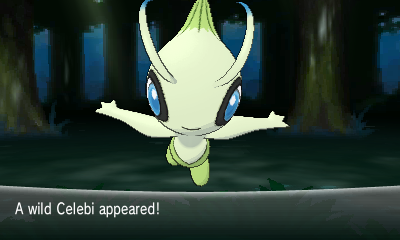 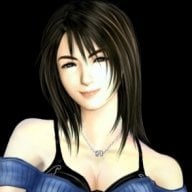 Excuse my denseness but everytime I try installing its just normal y on my NEW 3DSXL, I was a bit confused i get no intro or anything telling me its working x

SuicideNotes said:
Excuse my denseness but everytime I try installing its just normal y on my NEW 3DSXL, I was a bit confused i get no intro or anything telling me its working x
Click to expand...

No worries! There's no intro change, the first difference you'll see is the wild Pokémon in Route 2, or the single trainer on Route 2. Save before him as you can keep using that same save even if it's not the doubles hack now and you change it to make it the doubles hack.

The other thing I'd check off the top of my head is that game patching is enabled- while booting up your 3DS, hold the Start button and there should be an option to turn game patching on, and just make sure that's on, with a little x next to it.

Let me know if that isn't of any help and I can try and think of other things!

Ah right Iwas basin it off the intro, usually i always see the custom rom hack Image and i panicked lol. i leave game patching in luma on all the time for majoras mask, and the other mods.I usually grab a lvl 1 legal egg from pkhex and whatnot, Thanks for telling me about the intro lol

@ NeoGaming: there you go A moment ago
Chat 2