So after ripping my games into WiiFlow, I noticed that titles were all wibbly wobbly. Primary examples are Baten Kaitos and Resident Evil. They Show up as

What I want them to show up as are:

Now, I plugged the hard drive into my computer and found the where all the games were located and changed each and everyone one of their titles to the appropriate name using Wiims ISO Tools. I ended up doing all 60 gamecube games I own. Along with the 45 Wii games I own. Making their titles perfect.

I then deleted the WiiTDB/GameTDB files. & as it turns out, that made all my gamecube games use their custom 'titles' within the ISO image, but not Wii games. They're using their default titles (before I changed their titles using Wiims), which are horrible. I'm guessing there is another title field in the header of Wii games that Wiims isn't paying attention to that I need to change to get the titles to show up correctly? I also tried making a custom_titles.ini file in the settings folder but I may have formatted it wrong seeing as the wiki page on that file is no longer working, though I hope that I can just get WiiFlow to look at their header titles instead, that way I can continue to rip games to WiFlow without manually editing both the text file and the ISO title header on the drive.

Another quick thing, in the Gamecube section, it finds the second disc of whatever game has one automatically and adds "Disc 2" at the end of the name. That's really not needed seeing as I put either (D1) or (D2) in the title of the disc itself. I realize that's just a feature of how WiiFlow works so without changing the code, I can't get rid of that which really isn't a huge deal. I'm just curious if anyone knows how it's figuring out which disc is which. They both have the same ID6 so I can't figure out how Wiiflow is checking that data. 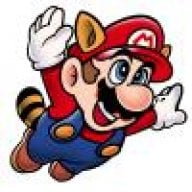 JoelStickney said:
Now, I plugged the hard drive into my computer and found the where all the games were located and changed each and everyone one of their titles to the appropriate name using Wiims ISO Tools. I ended up doing all 60 gamecube games I own.
Click to expand...

Hey! Thanks for the tip! Finally managed to change the titles of Gamecube games using this tool!

Okay, that was a rather interesting issue with changing the internal name within the ISO itself. WiiFlow automatically adds the "disk 2" to the end because most people don't think of that and the name is otherwise always the same. (The internal name in the ISO is the same OR if they're using the GameTDB name, that goes by the ID6 so ends up with the same thing, too) It can tell the difference by actually reading the right after the ID6 on the disk. (The ID6 is the first 6 bytes on the disk. The 7th byte tells it which disk it is.)

The format for the custom_titles.ini is the following :

Using custom_titles.ini to change the name of gamecube games makes the case color appear white instead of black... Better use WIT/Wiims ISO Tools in this case...

marcioap1 said:
Using custom_titles.ini to change the name of gamecube games makes the case color appear white instead of black... Better use WIT/Wiims ISO Tools in this case...
Click to expand...

Sorry, I didn't realize giving you the simple version would cause that problem. Here's the rest of the details.
You can change the color with the custom_titles.ini, too. There are only red, white, and black as options. White will be used if you don't specify one of the other two.

Code:
Note : those 0 are number zero's and not letter O's
Just in case, here's the WiiFloWiki page about that file.
https://sites.google.com/site/wiiflowiki4/custom-titles

I'm aware of this... In fact, there are more colors we can use:

However, for gamecube games, when you set the title of a game then the case color becomes white and you can't change it to black. Other colors works but not black.

In Wiiflow the default case color for gamecube games is black. But when you change de title of the game, the case color becomes white. I tried using both ID6 and ID3.
That's why I used the Wit Tool for renaming the title within the ISO of the game. Just in case someone wants to use it, these are the commands:

Hmm, that's a good point. I'll have to make a bug report to have that fixed. What version / revision of WiiFlow are you using?

sorry too bump this thread. but out of all the things ive used in wiiflow this is the only thing giving me grief lol. i have put a custom_title.ini and then put 2 new named games in there (with a space on the first top line and no space after the =) i have left the original title dump in the settings folder as well as the custom titles ini and either way my custom titles are not showing ive tried a few times now and its becoming annoying now. any help would be appriciated thankss


thanks for the reply. i managed to get it working last nyt

@ fix 94 would there be any chance of having a covers pack for dvds? as i use the plugins on wiiflow its brilliant. but can be abit of a drag finding my own covers with the right dimensions exc. sorry if this has already been asked

Anyone remembers this video where someone installed Nintendo's official Game Boy emulator on their Wii menu?