I have both a wii u and a wii that seem to have a buzzing noise while using an av cable. is this normal? it's inaudible when the sound output is low, but if you crank up the volume, you can hear it. the wii buzzing noise is quieter but still there. I've replaced the av cables of the wii u twice, and the buzzing noise persists. btw, both consoles' av cables are plugged into my receiver with the hdmi of the wii u plugged into my television. I know it's not the receiver or the channel since I have a component selector for my ps2, wii u, and psp. the buzzing noise only occurs when it's on the wii u while all three use the same receiver channel. 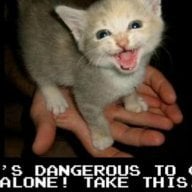 that's what I suspect. the av cables may not have adequate shielding. I can't say for sure if changing the cables helped any. doesn't the wii u and the wii use the same av cables? that's the only similarity I can think of. the buzzing can be heard even while the console(s) is/are off.

K
Hardware Wii U turns ON but no video

Feedback What on earth has caused this to happen?