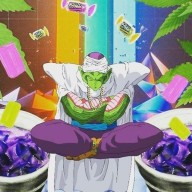 Hello, I am a bit stumped with this one.

I am running Wii U latest using cfw mocha with haxchi on coldboot hax. I am having issues with returning to the Wii U menu after launching apps.
For example, I go to the Homebrew launcher, attempt to load Hid-to-usb and then when I apply patches to go to the main menu I am greeted with an infinite black screen.
Other times, I launch a vwii game or a virtual console game and when I attempt to go back into the Wii u menu I am stuck with an infinite loading screen with the Wii U menu splash screen.

I have attempted to update coldboot, haxchi, cfw mocha among other homebrew apps but nothing seems to do the trick.

Does anyone have any suggestions?

Edit: Removed Coldboot hax and it seems to have fixed it. Issue seems related to Coldboot hax wanting to reinstate after entering home menu. Disabling it for now until a solution is found.
Thanks,

Black screen with "-5" after launching Homebrew Launcher from Haxchi Channel

@ K3N1: Do people really plan on rebuying ten year old games just to own the entire switch library lol A moment ago
Chat 2