I just installed my wii key v1 into my wii and updated the firmware to 1.9s and ran through the cnfg disc (set speed to x3).

I burned a backup of deadly creatures. To my surprise my first burn actually loaded the preview screen on my wii channel, and even booted. Unfortunately I do get the game disc could not be read error when I start the game.

I'm using memorex dvd-r's and this particular disc was burned at 2.4-4x with imageburn.

My main question is this. If I was able to get this far with my burn, does that mean my wii key is probably installed properly? I made the mistake of installing the newest update. 3.4 IIRC and am worried this may be interfering with my playing of backups - but I've read in a few places this should not be a problem if I'm using the chip and most up to date firmware...

I read through the forums a few times and the common recommendations were try reburning at a lower speed, or try a different media.

These dvd's are all I have at the moment so I'm reburning the iso with at a 1x speed and see if I get different results.

Thanks in advance for anyone who takes the time to read this and help out.

I would suggest burning them at the maximum speed you can go at.

There is a common misconception that burning at lower speeds makes your burns easier to read. It's the opposite, actually, and there are a few threads here on GBAtemp to confirm that.

As for the DREs... Well, try to use Verbatims or Taiyo Yudens, if you can get them. They're probably the best supports around.

As for the install... Well, seeing it works, methinks it's installed properly.

I know that Deadly Creatures can be pretty harsh on the Wii drive's laser, and if your laser is a bit old (and seeing your using a WiiKey v1, I guess it's at least 1,5 years old) or a bit dirty, you could have some problems with it.
S

Thanks for the suggestions.

I actually burned the game at 1x speed and it worked.

I have seen a few people nay saying verbatim, claiming that people are foolish to assume that the disks are the end all media; but having modded and made backups of 360 games, I can defiantley say I've had much more luck burning on those.

I will have to pick a few up and try burning them at 4x speed.

You are acually the fist person I've seen say that the higher speed burns are better than lower. Though I've only burned 2 for the wii I've had better luck at a slower speed. Could be the disks too though.

I'll defiantly have to pick some up. Now I just have to find a good tutorial on making backups from disks instead of a provided iso.

Is this tutorial accurate for using your PC to back up wii games?
http://www.youtube.com/watch?v=3g8KG2NEomY

And what are the risks of bricking your wii? Is it only with foreign games? What should I be careful of? 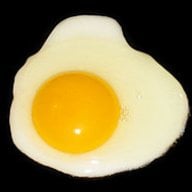 Went and came back

Ok, by now you should be able to notice that most information you gather in foruns is bollocks. Most kids just say something they belive (for one reason or other, usually a stupid reason, like their boyfriend said so) like is the ultimate truth. And most of the time this kid´s ultimate truth has nothing to do with your real problem.

What we can do is just share our own experiences (like raulpica did) and hope it helps... and making clear that it could work, or not.

Well, it looks like its installed... since it got the backup to be recognized. Can you test it with other backups?

Yeah, kids this days love some verbatim. looks like they have some boyfriend that works to this company, cause, really, everybody kiss a huge amount of ass of this disk at GBAtemp. They always say verbatim can solve ANYTHING.

For me? Verbatim, Sony, FujiFilm. ALL THE SAME. All work the same way. All work without DRE

Of course, ive tried some unknown media, no name, no logo, no nothing, and it really didnt work. But these major brands? LOOKS like everything is the same. Check the internet dvd brand chart (like this if youre in doubt with your media. Just avoid bellow budget.

Look, ive burned games in 2x, 4x, 16x and now i burn all my games at 6x.
Everything works the same.
I really cant tell you if there´s any difference! But they all worked.

I have a WiiKey 1, with the SSMB update (dont remember the number) and a 3.4U Firmware. Everything is fine at the moment.

But it can explode... since this update allows nintendo to install other updates without asking.

Got some DRE? Some games dont pass the disc channel?

Try putting the wii on the horizontal position!

It worked for me, i dont know why, a guy told me something about misaligned laser, bla bla bla.

Maybe it works for you too. Maybe not. But ive already seen more than 5 guys (me included) claiming that it solved the DRE problem.
S

Interesting, thanks for the input.

Haven't tried putting my wii horizontal, but it couldn't hurt so I'll try.

Strange. I went to play some more deadly creatures when the disk wouldnt read.

I fired up my boot disk and my config disk again and set the speed to x3 and it worked.

Should I have to be setting this every time?

I say "If it works, don't knock it !"
If I recall correctly I have my Kiikey v1 set to x3 permanently. Makes no issues for me.
S

Well if anyone was curious I was able to fix the issue by downgrading my firmware back to 3.2 with the wii twilight "hack".

Got dvd dump on there thats wroking great, and every backup i've made with it has been a shining success. Loading emulators and roms and having a good time.

W
My wii's laser lens move fine, and the motors as well, but my discs dont read. Could this just be because of the discs being bad?