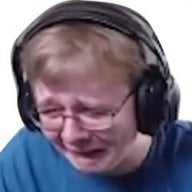 Big problem. I decided that I no longer wanted to use Wiiflow as my backup manager, so I was deleting files that I thought weren't necessary. Then the homebrew launcher stopped working so I thought I would restore the NAND to see if that would fix it. No luck. I then attempted to launch the Homebrew Channel through BootMii (boot2), but still nothing. Are there any other options? Also, it will not boot up to System Menu. I do have priiloader installed, but I have no way of controlling it because a Gamecube controller won't do anything, and a Wiimote won't sync up to it. Is there some sort of file that I accidentally deleted?

Heres a screenshot of my sd card layout.

Update: The Wii will boot to Wiiflow with nothing plugged in except for AV cables, sensor bar and power, returns with an error, then goes to HBL. So, progress? Should I reinstall the System menu? I think my USB drive might be getting corrupted. It's a SanDisk 128GB formatted with WBFS.

Edit: everything is working fine now. I no longer need any assistance. If a mod could lock this thread, that would be greatly appreciated.
Last edited by Androidian, Sep 22, 2019
Reactions: Alexander1970