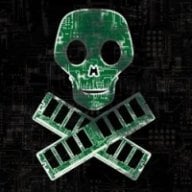 I am VERY out of the loop so I have no idea what the PS2 scene is like these days. I have been getting back into my old systems, and I want to backup my PS2 HDD that I have not touched in years just to be safe, what would be a good modern tool to attempt to do this? My HDD was actually not being recognized at first when I tried to power it on again but seems to be working now, so I am sure it's on it's way out.

I have been out of the loop when it comes to my PS2 for a while now. Last I used it years ago, OPL was not a thing and HD Loader was still the only way to load games from a HDD... with multiple hacks upon hacks upon hacks to try to make more games work (I recall FF12 being particularly finicky). I remember I used to use some old WindowsXP application on my Pentium 3 system to manage it. I doubt it would work anymore on modern systems if I could even remember what it was called.

So I want to clone my PS2's HDD so I at least have a backup, it is a V9 or V10 (forgot which) with a Matrix Infinity installed. And by clone I don't mean just doing a blind 1:1 dump of it's data, but actually read the games and homebrew applications off of it in iso/elf/etc format... and hopefully replace this very very outdated HD Loader with OPL (Would OPL still work with my HDD or would I need to re-install all of my games in a different way? It took me a full week to dump all of my games from my disks to the HDD and those disks are in storage now since I was just loading them from HDD years ago, I would rather not have to break out all of my disks again to re-dump everything all over again). Would I need a different application for a HD Loader formatted drive than an OPL formatted one?

Also, when I last checked about what I can do to try to convert my PS2 to use SATA drives years ago, the situation was apparently a mess with it being tricky to find the right IDE to SATA adapter chipset that played nice with the PS2 (apparently most of them will work at first... but could be problematic later). Has any of that been resolved? I can't really keep attempting to use ancient PATA/IDE drives anymore. Would it even be in any way feasible to use a SATA SSD or even M.2 drives?

@ DEMONGreninjaPG: earlier there was someone in one of my games spam really inappropriate stuff and idk why A moment ago
Chat 3