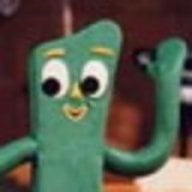 I've been out of the Wii hacking/homebrew loop for awhile now, so I'm coming here first to see how much I have missed. I just picked up Epic Yarn and want to play it tonight on my SoftModded Wii, but remembered there might be some AP protection or forced updates on the disk. Does anyone know what IOS I need to update to get it working on my Wii?

Running 3.2U. Last game I got played on it was Ghostbusters, which required a few IOS updates to be installed (been so long I don't remember which).

As dumb as this is going to sound, is there a homebrew app that auto downloads and installs those IOSes?

Edit: I actually made a mistake. Last game I played was Monster Hunter Tri. Not sure if that means I dont need to update any IOSes or not; Thought Id mention it.

Not that I know of, but it's not that hard to download and install the right IOSes. Something like Dop-IOS will work just fine.

just run pimp my wii, it updates everything... it really helps if your like me and dont keep up with every single game and update.

If you put in your disc and start it through GeckoOS it will install the needed IOSes
Click to expand...

I think I remember doing that with Ghostbusters. I'll give it a try as I think i have GeckoOS installed. Will need to update most of my homebrew, but that shouldn't be too hard. Thanks all. If GeckoOS doesn't work I'll try pimp my wii(snico1995).