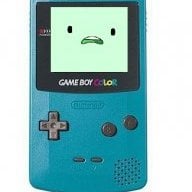 Graphics
The game does improve its faces from its previous iteration however the bodies of each fighter are that of generic game, anyone who watches anything knows that everyone's body is built differently

Sound
I played with a home surround system, its on par with any other current ea sport game

Controls
WTF were they thinking? The right stick is now used to move the players head, two triggers are used to block for some reason and the dpad does nothing.

Gameplay
Generic button mashing rock'em sock'em simulator. This is where everything goes wrong. Too many bugs, I have no idea how a game gets worse when its using the exact same assets as the other game. When a southpaw gets taken down he gets up in the orthodox position rendering his power hand absolutely useless. The ground game is all jacked up too, almost unplayable. The man they have on the cover, Conor McGregor is broken, the current only two division champion ever is easily the worst player in the video game and the worst cover athlete to not be any good. Even nfl Peyton Hillis got a large boost.

Fighter Rating
C'mon Son! I hate when geeks make sports games because they clearly don't watch any of the sports they make the games to. The UFC is obviously boosting up a lot of these fighters stats and making them seem better in the game than in real life obviously to promote their fighters in real life much like these trash NBA games (2k and EA) and the NFL one.

Fighter Roster
Who are these bums? Half of the guys on there aren't even featured in any of the UFC events LOL nobody knows who 98% of the roster is and half of that roster are overrated fighters who were recently KTFO

Final Thoughts
Generally speaking most games nowadays are catered for children, especially the sports games, games have always been meant for children but the children of yesteryear have kept playing them into adulthood and into parenthood. To a children these games may seem fine but to an adult the time simply isn't there to mess around with garbage.

When it comes to sports games this might be the worst one, it doesn't stack up to the level of 'simulation' as one would expect, seeing that its basically just a button masher. Even if we were to compare this game to any other fighting game (smash bros, sf, tekken) it would still easily be the worse one too.

The facial likeliness is there for the most part and I'm sure UFC fans love that but that's about the only good thing from this 'Beta' that seems to actually be the final build of the game
Last edited by gameboy, Dec 14, 2017, Reason: Added more stuff
Reactions: netovsk 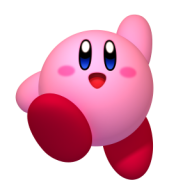 Oh well couldn't get into the first 2 ones but no extra charge with ea access seems like a fair price anyway.

About the button mashing thing I'm not sure how it played out on UFC 3 but I have recently played fighting games such as Killer Instinct, King of Fighters 14 and MvC Infinite and all of them got some "easy combo" thing going to make them more accessible to new players.

netovsk said:
Oh well couldn't get into the first 2 ones but no extra charge with ea access seems like a fair price anyway.
Click to expand...