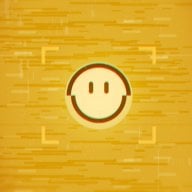 Location
I am Martian.

I've nearly completed it, just with one problem.
The 3D models are in a format I've never heard of, it's called "n".
e.g. In vfs.zip therer's a car model for the Stadium car called lod0shop.n (possibly the highest quality model in the game)
Any help would be greatly appreciated, and I can give you the files if you want.

Is nearly completed and not understanding the formats a thing you can really claim?

Anyway extension means little -- I have had any number of plain and boring NSMBD models have odd extensions or be stuffed into archive formats over the years. What do the files start out with?

There are two main problems with porting models around the place, even more so in the case of higher details.
1) Animation. If things reference different points (say first point started with a foot rather than a head for a humanoid) then things get a bit odd. Worth a try anyway though and not insurmountable, just annoying. Higher poly count can also mean different things for animations.
2) Detail itself using more memory than the thing has available (see polygon budget). We have not run into it so much for the DS but most times people are more interested in playing as a NPC from the same game (not always as easy as copy and paste but usually is), using a model from a very similar released 1 year later sequel (and even then it is usually more about colours/textures which can be edited) or game from the same dev.


In the case of the DS, and frankly for most things that do stuff in anything like real time and don't get updated every 5 minutes, the formats will be somewhat reflective of the hardware they run on.
To that end you might be able to manually tweak things (3d models are if nothing else a list of coordinates you might find the equivalents of) if is only a few things. If not then you get to understand both formats, and figure out a conversion method (or possibly code a tool).
http://problemkaputt.de/gbatek.htm#ds3dvideo for an overview of the DS 3d hardware.
http://kiwi.ds.googlepages.com/nsbmd.html is old but a nice intro.
Not sure what source code for things I want to point at for nsmbd to get an idea of what it does (nsbmdtool maybe, mkds course modifier has some stuff, most things do textures rather than models) to see what might go for other formats.